What a difference a week makes. Last monday, I felt like I had barely scratched the surface of the boat work we had planned for the spring. And with so many major projects – literally all of them – still remaining, I could not see the path forward. Seven days on and I can report a distant, but distinct light at the end of the tunnel. 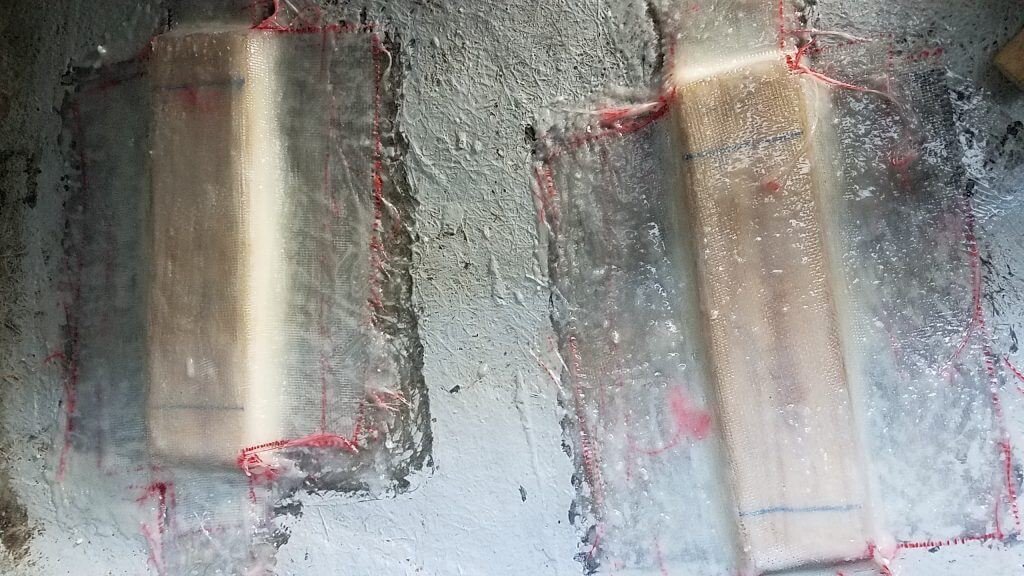 The larger two of the four fiberglassed wood blocks that will serve as attachment points to secure the anchors.

Over the course of the week, I spent some time in the lazarette, continuing to make progress on that yet uncompleted multi-faceted project. The compressor now lives out of the way, hanging under the starboard lazarette shelf. I also completed the rewiring in there and installed two terminal blocks, replacing some terrible connections (electrical tape over ring terminals on a stainless bolt) that we inherited. And we now have two glassed in wood blocks that will allow us to secure our anchors. The remaining work in the lazarette is minor and should be knocked out as soon as I pick up some u-bolts that are on order from the hardware store. 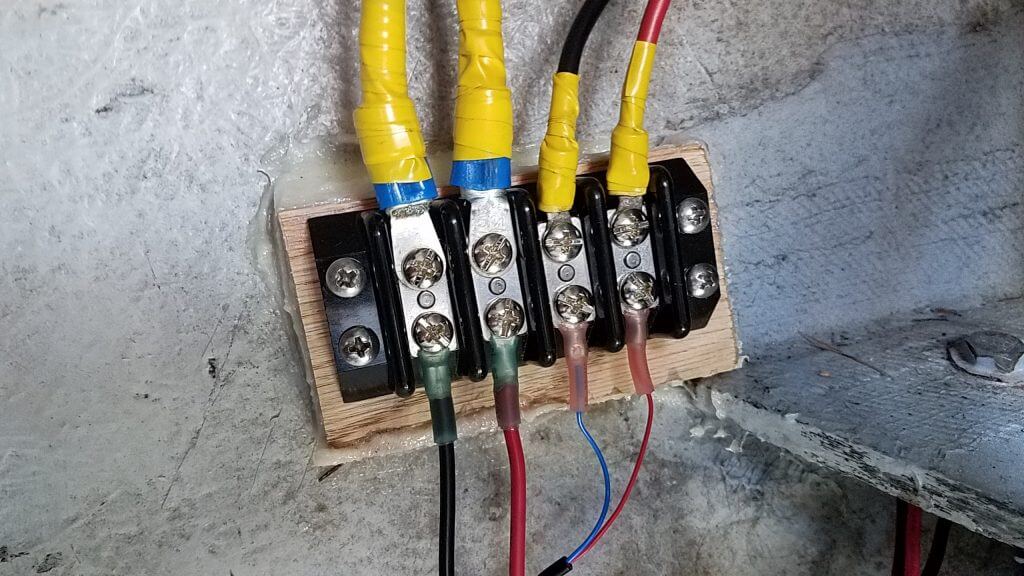 The two new thru-hulls and seacocks that replace the ones I removed last week are now installed. 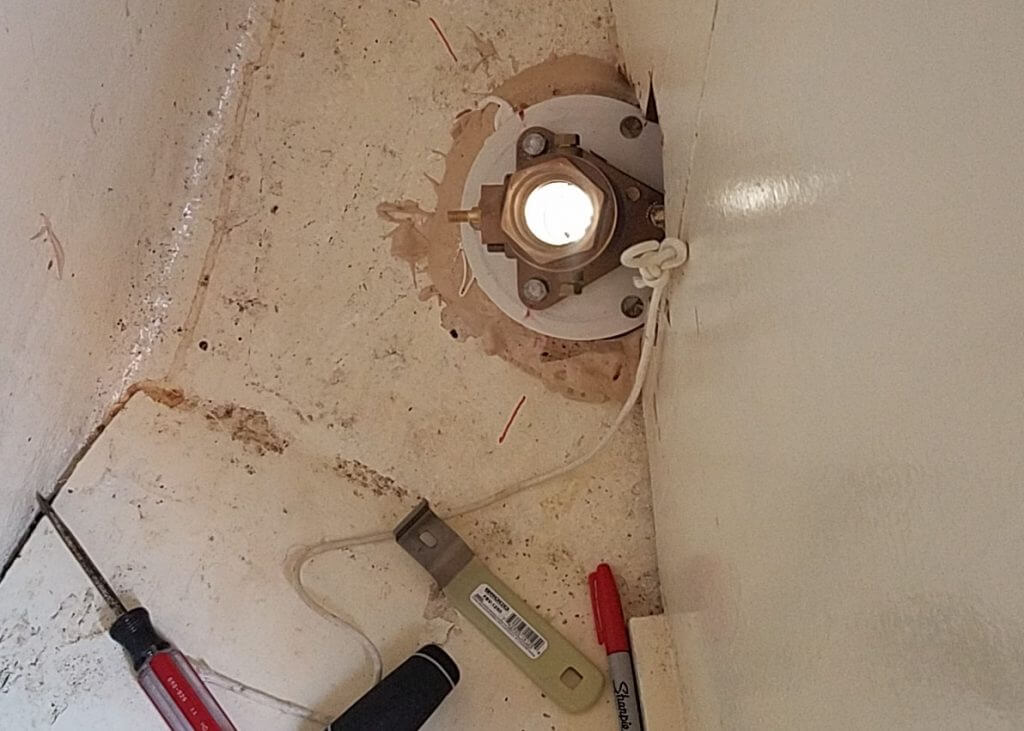 The newly installed seacock under the galley sink.

And I re-bedded some stanchions that had just barely begun to leak during the very wet weeks we spent between Newport and Casco Bay in May and June last year before things finally got more consistently sunny in Penobscot Bay. I ended up using butyl tape, which makes the job quite easy, though I just tightened the bolts for the third straight day as the tape continues to compress. Upon reinstalling the lifelines, I found that our starboard lower forward lifeline stud was bent. Add that to the list of things that need to be taken care of. We may start moving over to dyneema, spectra, or some other synthetic lifelines; the decision-making process is just ramping up on this one. 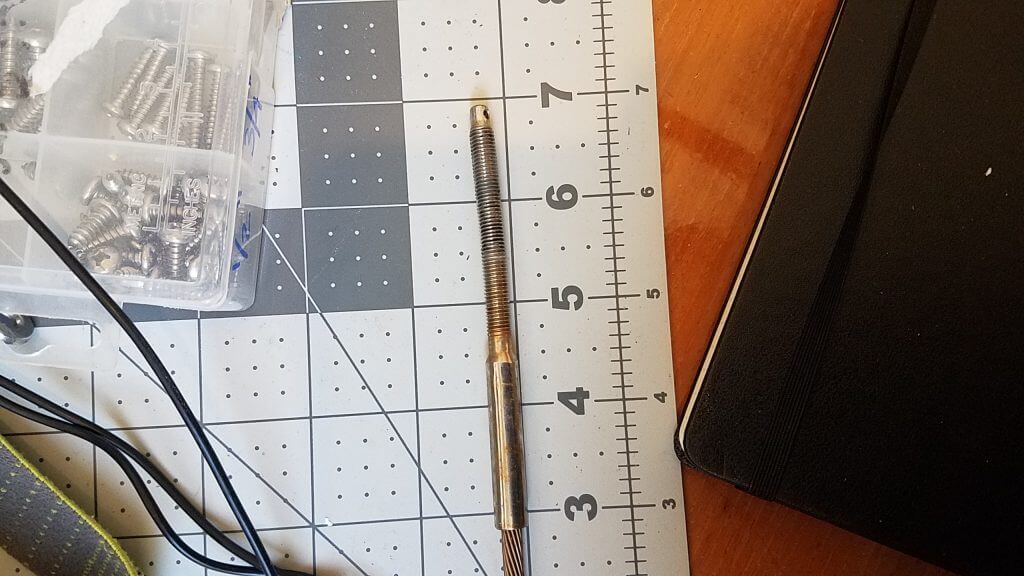 The re-bedding continued as I took apart our forward hatch that had also begun to leak the last season. I used Life Caulk on the hatch. I am anxious to see what happens in the forecasted rain tomorrow because despite putting a ton of caulk on the hatch, when I secured it, hardly any caulk came out the sides. Here is hoping that I do not have to endure the demoralizing experience of redoing a job. 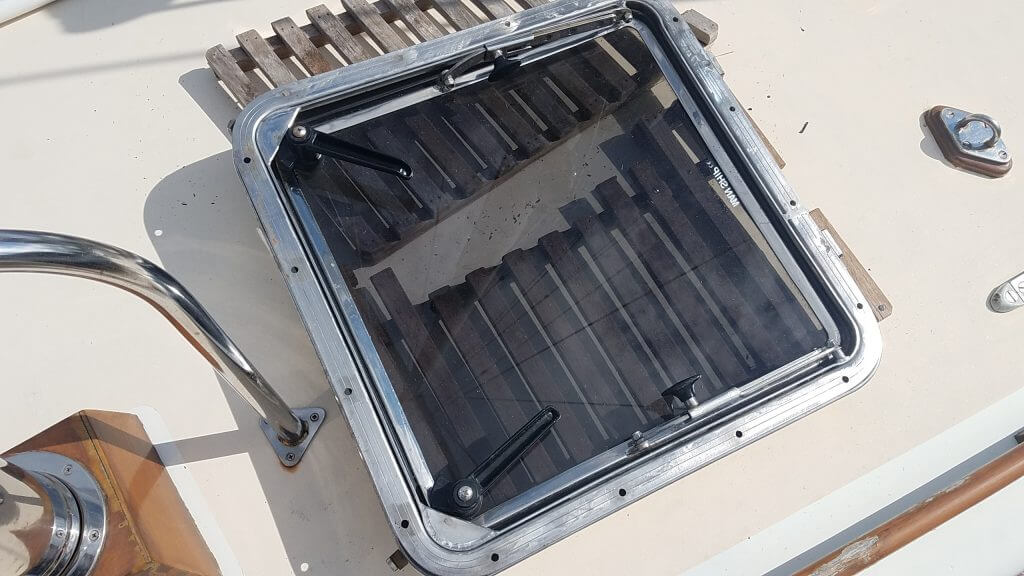 The hatch all cleaned and ready for re-bedding. 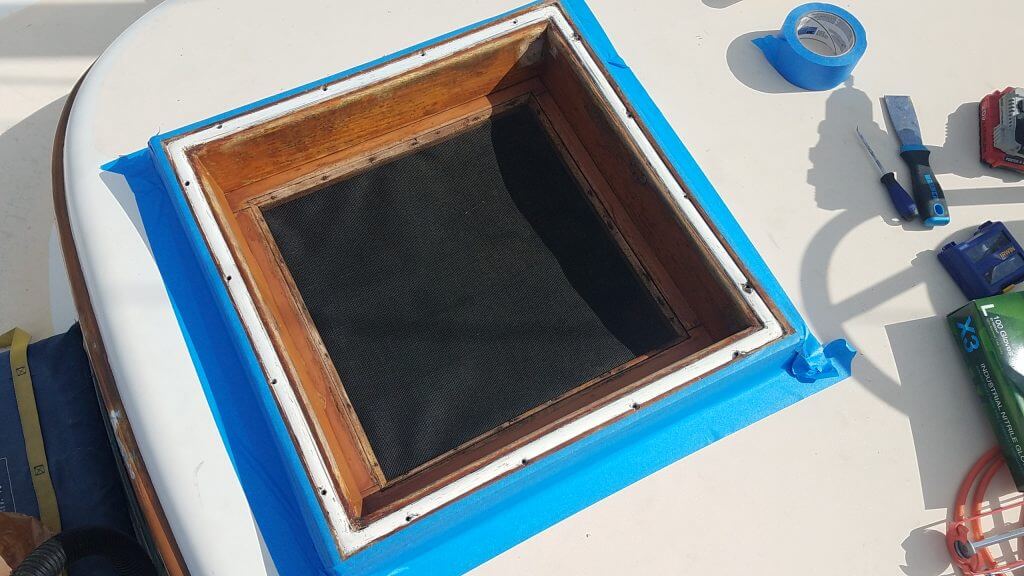 The other half of the hatch, ready to receive the caulk. 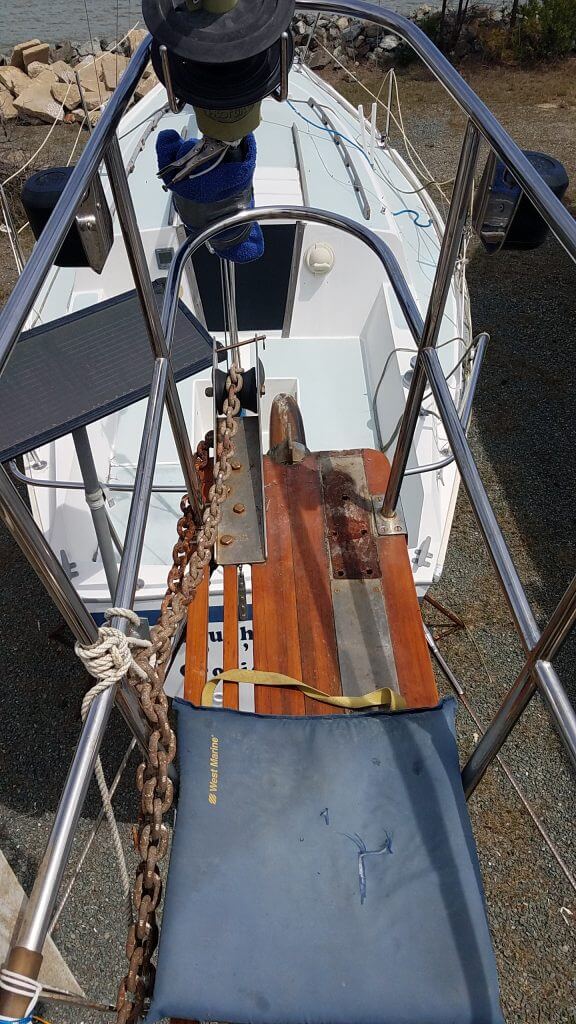 The bowsprit with the furler (in the top of the pic) and starboard bow roller removed. I removed the whisker stays, which are visible on the sides of the picture later in the day.

Tomorrow the forecast calls for rain. I plan on getting caught up on some computer work and making progress on a number of indoor projects, including finally getting those fans I talked about last time installed and laying out our new – and soon to be newly relocated – battery bank.

Over the week, I have continued to get advice, tools, and friendly conversation from folks in the yard. And I have really been enjoying getting to know Francoise and Paul. As I mentioned last week, they have lived aboard their wooden boat for seventeen years. They are now coming to the end of their time with her, as they have a contract to deliver the boat to a group of pirate re-enactors in the Norfolk area. Having been caretakers of the boat for two decades, they have become deeply attached to her as well as extremely knowledgeable about every inch of her. It is a treat to hear them talk about her.

I also received a dinner invitation from our friends, Katherine and Kerry. You might remember Kerry as he was the one who helped me bring Bear up to Newport last season. Katherine made a scrumptious salmon and pasta dinner, made all the more enjoyable because I have been basically existing on peanut butter and honey sandwiches. We ate aboard their lovely Tashiba 36 pilothouse, Aisling. And the pre-dinner entertainment included their one-year old grandchild who was spending his first night away from his folks.

It has been a satisfying, productive, and enjoyable week. I would love to share more, but the v-berth is calling.