For those of you who missed my Facebook post yesterday, I had a sporty sail down Narragansett Bay to Newport and am now on a mooring tucked behind Goat Island.

The forecast continues to be relentless strong winds with a west component. Tomorrow, the winds are forecast to be northwest, which is the only west direction that I can even think about doing something with, because it will not be directly in my face . Beyond that, Sunday and into early next week should provide a better opportunity to make some westing through the Long Island Sound with some north-northwest. But, of course, that is a long way out, which would mean sitting here and entertaining the possibility that the forecast may shift. 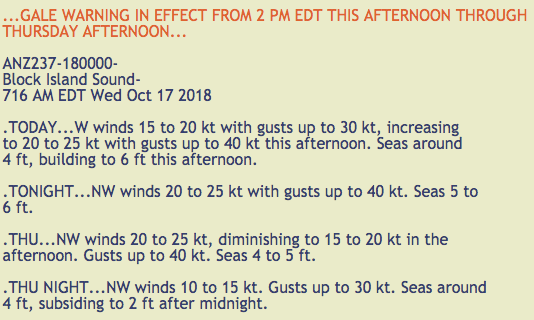 The next couple of days in Block Island Sound from NOAA and PoseidonWeather.com.

The northwest winds tomorrow will probably be about 20 degrees forward of what would allow us to sail straight for the Race, let alone Watch Hill Passage. And while the winds should slacken off as the day goes on, the morning might be 20-25 with gusts significantly higher than that. I am thinking of heading out and giving it a try, figuring that the worst that happens is that I have to return to my mooring here in Newport. 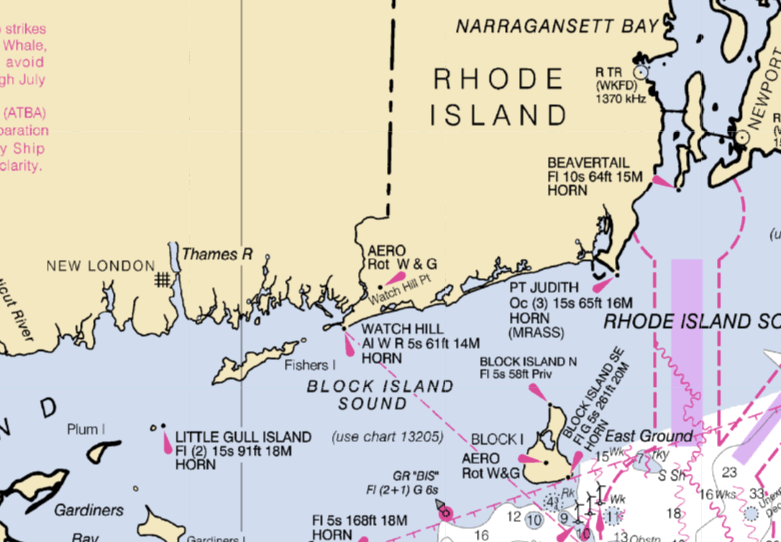 The stretch that I would like to cover, from Newport to New London.

Right as I finished that last paragraph, the harbormaster pulled alongside. He captained a ferry that he frequently had to take to NYC during the winter months. He reassured me that if I could stay along the north shore, I would have little problem with waves and the wind would probably be a bit less there too. He did caution that the last couple miles before I round Point Judith might be sloppy to the point that turning west into the wind will actually bring some relief. He also said it was no problem if I headed out and returned should it come to that. 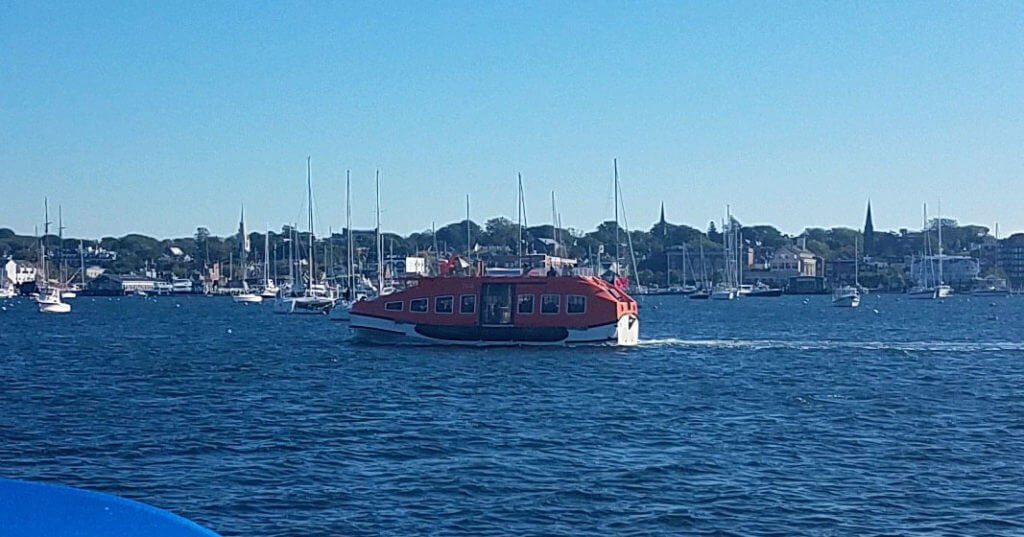 This morning, a parade of launches are coming in and out of the two cruise ships that are anchored outside the harbor.

Today I am going to get some computer work done so I do not have to worry about it later in the week. I am also looking forward to a long walk about Newport; it felt good to stretch the legs yesterday for the first time in a while. Unfortunately, Zelda’s is closed Monday through Wednesday as part of their fall hours, and I already had some raw clams and oysters at Benjamin’s last night, so I have pretty much exhausted my regular haunts in the town and will be keeping a low profile. Depending on when the front – that might bring 40-knot winds – comes through today I might just be stuck on the boat anyway.

Tomorrow there will be the next post in our engine re-power series. You can read the first one, about how the catastrophic failure occurred, here. We spent all our cruising savings on the re-power and are holding a print sale of a few of Margaret’s photographs to try to restock the larder. Please consider purchasing one for your home, office, or boat. They also make great gifts. And, of course, we would greatly appreciate the support.

This entry was posted in Guest Posts, Jeff's Blog. Bookmark the permalink.