How We Lost Our Yanmar 3JH4E Engine

Since folks have been asking about how we lost our Yanmar 3JH4E, what we replaced it, and how the process went, we thought we would detail some of our experiences in a series of blog posts. This is the first.

Margaret had left me at the laundromat a few hours before. She was heading off to an artist residency for two weeks in Georgia, and I was going to take Bear south from Rockland, Maine, to the Chesapeake. We figured we would next see each other in Solomons, where my folks were coming to meet us for a couple days.

After doing a final load, I headed back to the Rockland town dock – where we had spent a rare night so that Margaret could unload all her photo equipment, luggage, and other stuff – around 3pm. On the way down the ramp, I ran into our friends, Moira and Dick, from Equinox. We said our goodbyes, and they wished me luck, before I walked out the dock and boarded Bear.

Quickly, I got ready to get underway, planning to head 20 or so miles south to an anchorage on the eastern edge of Muscongus Bay. With 10-12 knots pushing me onto the dock, I thought about springing off, but decided I would just push the bow, jump aboard, and then give some throttle to our always reliable Yanmar 3JH4E. Moments later, I was clear of the dock, and on my way with a mix of excitement and anxiety, the latter coming from the mere two weeks that I had to cover the 600 or so miles to Solomons and the potential for getting stuck somewhere waiting out weather.

After motoring out the channel past the mooring field, I glanced around and decided I had enough space – the harbor was busy with Saturday traffic – to raise the main, unfurl the genoa, and at least get a push from the sails, if not completely turn off the engine. I brought the engine down to barely making way and turned into the wind. With relative ease, I raised the main, got us headed back out past the breakwater, and then rolled out the big foresail. Coming back behind the helm, I put the engine in neutral, adjusted the sails, and checked the plotter, seeing we were only making 3.5. 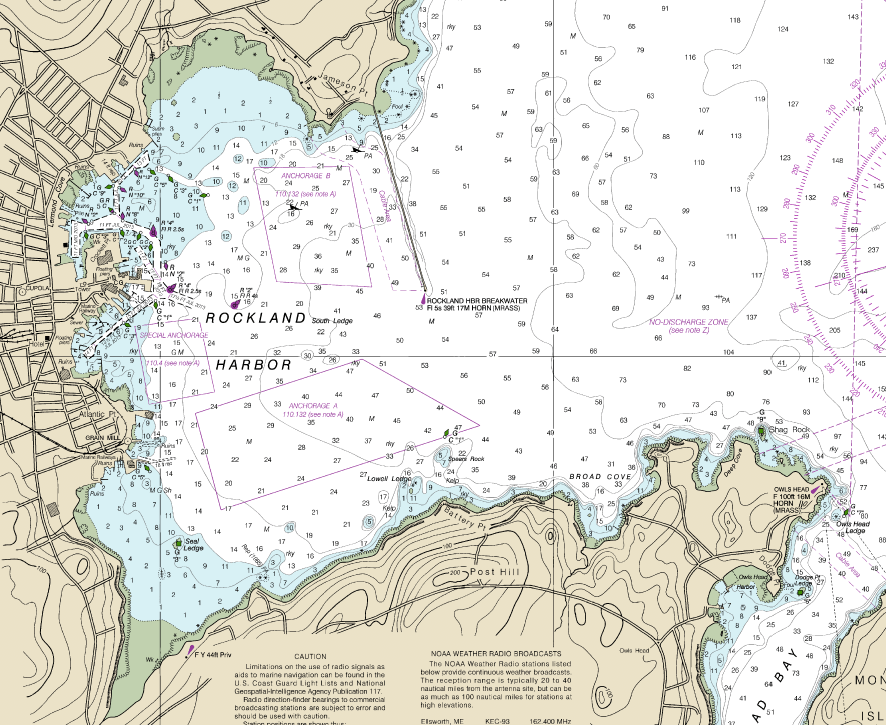 Rockland Harbor out to Owl’s Head.

At that point, I admitted to myself that I would have to motor-sail if I wanted to get into the anchorage before sunset. So, I eased the throttle forward, set the autopilot, and settled in on the rail. Suddenly, I heard a large bang and thought for a moment that I had caught a lobster pot. I throttled down and glanced around, but we were still going forward and I saw no buoys in the immediate vicinity. At that point, as I reached for the Yanmar engine key – I figured something had happened given the noise – the oil pressure alarm sounded before being quickly quieted when I turned off the engine.

With the autopilot steering us and no boats in my path, I went below and took the cover off the Yanmar 3JH4E engine. Viscous liquid was splattered around the sides of the compartment. The scene immediately recalled a day I was instructing, taking a dozen kids to a regatta on an unwieldy 25-foot diesel, when a coolant line ruptured. I replaced the cover, went above, and looked over the chart for a good place to anchor. With the wind out of the southwest, Broad Cove, just west of Owl’s Head, looked perfect.

After fifteen minutes and a couple tacks, I dropped the sails and set the anchor. Then I went below to get a better look at the engine and diagnose the problem. When I pulled off the engine cover this time, I immediately recognized the splattered liquid as oil. With a flashlight in hand, I started searching for a loose or ruptured hose, but could not locate anything. At some point, I suddenly saw the gaping hole in the middle of the block of the Yanmar 3JH4E on the starboard side. The sight took my breath away. 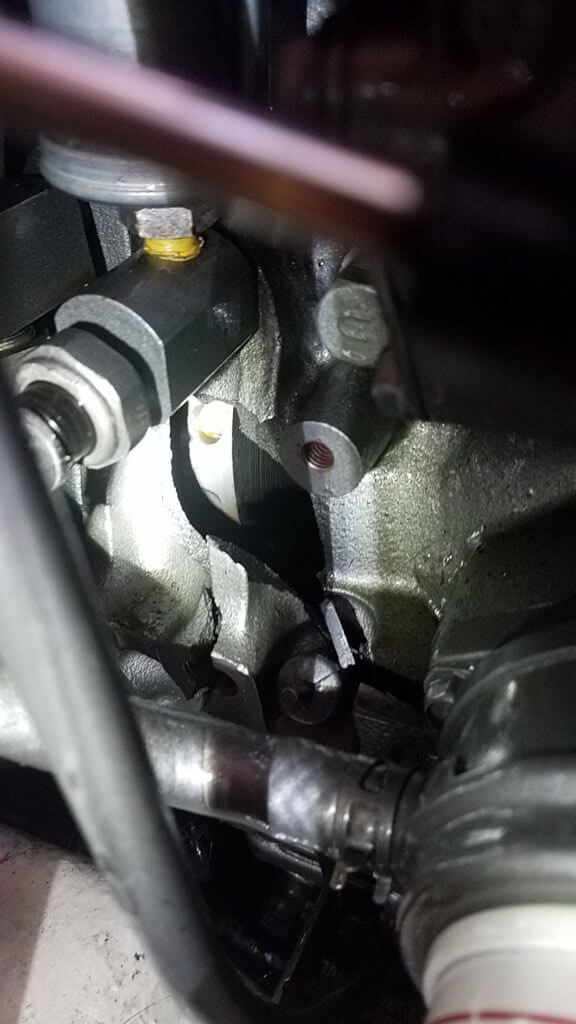 The gaping hole in the side of our Yanmar 3JH4E.

As we will detail in posts over the next week or so, we were able to get a re-powered and are back on the water headed south (or trying to, given Michael). But the whole experience was painful, not least to our wallet. In order to restock the cruising kitty, we are having a print sale of a few of Margaret’s photographs. Please consider purchasing one.