As we start to get into the final preparations for sabbatical, we are making some fairly big and expensive upgrades to Bear. I thought I would discuss our thinking on and plans for a few of them here, starting with a new cockpit enclosure and bimini.

When we bought Bear, she had a new dodger and bimini. Oddly, the canvas on these was tan whereas the rest of the boat had blue canvas. That bothered Margaret a lot more than it did me, but the stuff was brand new, so we were both comfortable living with the situation for a while. 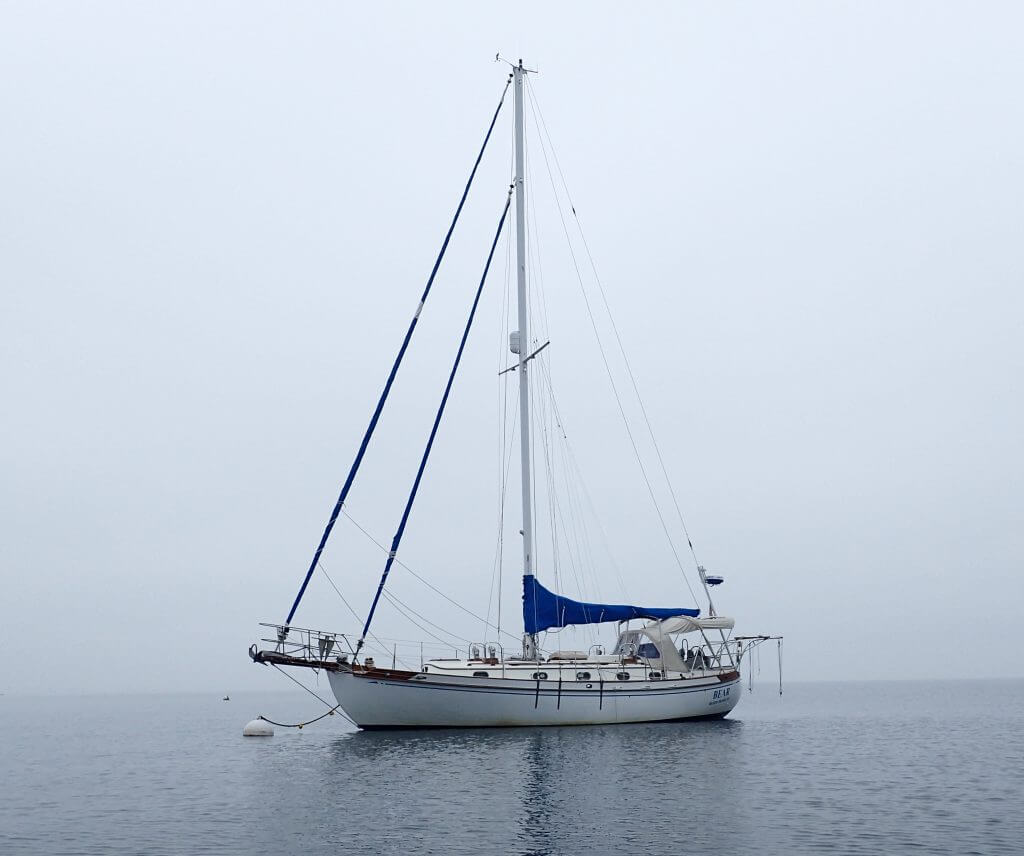 Bear on a mooring this summer in Rockland, Maine. Note the two-tone canvas.

Almost immediately, though, Margaret discussed making us a cockpit enclosure. She wanted one for those colder early season days. But, at the time, she did not have the skills or time to build one. And I was not convinced an enclosure was necessary. And, so, we continued to discuss the possibility of making an enclosure, but never committed to it.

I finally started to get fully on board with the cockpit enclosure two years ago while crewing on Remedy, an Island Packet 42 with a full enclosure, on the way to the BVI. On that trip, we departed Norfolk in early November and had a few colder days with lows around 40 before we finally got into warmer weather down south. The cockpit enclosure kept the temperature on watch completely manageable. Just as importantly, the enclosure protected us from a lot of spray that could have made life miserable. I now saw the value of an enclosure, but it still was not the biggest priority for either of us.

A few more experiences started to tilt the calculus more in favor of a cockpit enclosure. Namely, this past spring, we regularly saw upper 30s and 40s while taking Bear north; a cockpit enclosure would have been a dream. And we probably would have brought Bear south to the Bahamas in November this year had we already had an enclosure. Not having it or a heater was the final thing that scuttled our thoughts about a winter trip. However, given our limited funds and tight schedule, not going south was probably for the best. 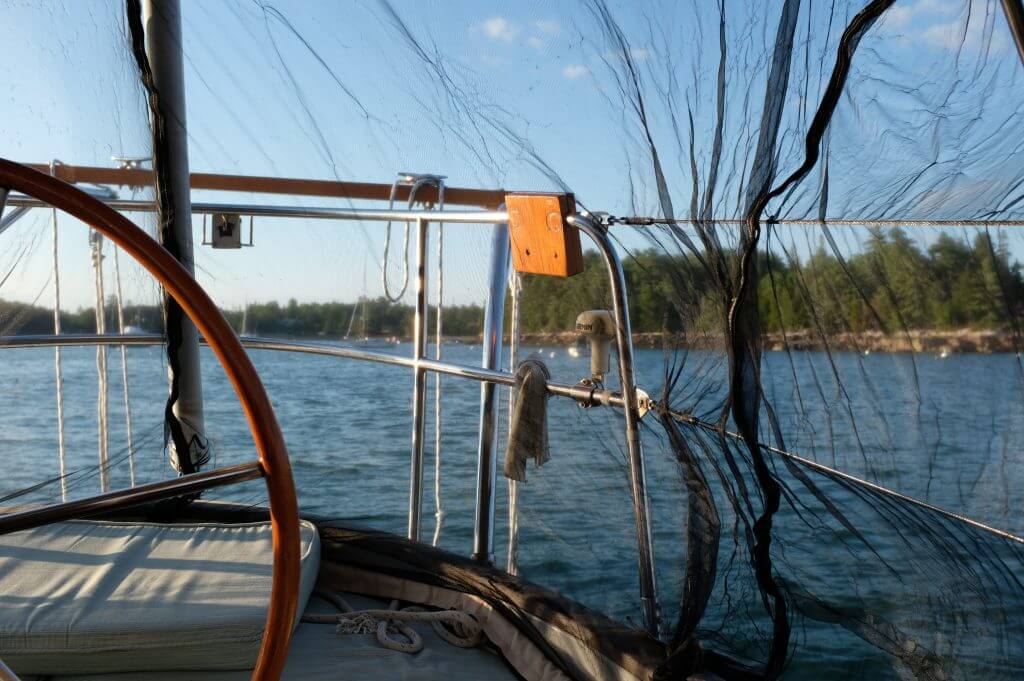 Aside from the warmth and protection the cockpit enclosure will provide, it will also greatly simplify our bug defenses. This is our current effective, but PIA bug screen.

Despite recognizing the utility of a cockpit enclosure, a few things kept it lower on the priority list. We thought getting one made for us was going to run us about six to eight thousand dollars. And, Margaret did not feel totally comfortable making one for us, notwithstanding her experience with our Sailrite and the great canvas work she has already done on Bear. Moreover, Margaret would need access to the boat if she made the enclosure. Given her schedule, that meant we would have to take time out from summer cruising in order for her to build it. That did not seem very fun.

Still, the cockpit enclosure continued to be something we discussed through the fall. And, this past November, when I went out to the boat, Margaret arranged to get a few quotes from canvas folks she knew in Deltaville.

Prices turned out to be considerably less expensive than we thought. In fact, the quote came in around thirty-two hundred for a full cockpit enclosure, new bimini, and attachments for four solar panels on top. While still expensive, an enclosure seemed a little more feasible. The canvas shop could also get us on the schedule for April, meaning we would be able to use the enclosure this spring as well as on the trip south, which made the upgrade all the more enticing.

With the quote in hand and the favorable schedule, we made arrangements with The Ship’s Tailor to do the work. We will let you know how it all works out. And, hopefully, we will have some more posts soon on other upgrades we are undertaking.