The last time I posted, about six weeks ago, I had just returned to Illinois after bringing the boat from Maine to the southern Chesapeake. It goes without saying that Margaret and I have been neglecting the blog and our YouTube video channel since then (and maybe before then too). In our defense, we have been quite busy.

The photographic educators conference that Margaret had been planning for two years finally went down. We made a birthday trip out to Mason City, Iowa, to stay at the Frank Lloyd Wright designed Park Inn Hotel and see the other Wright and Prairie School homes in town. The following weekend we went to Milwaukee so Margaret could give a talk at UW-Milwaukee, stopping to see our friends and their new baby in Chicago on the way home. And, a week later, we were out in Indianapolis to see family. But really, that only scrapes the surface of everything that we did and accomplished over the previous month and a half. 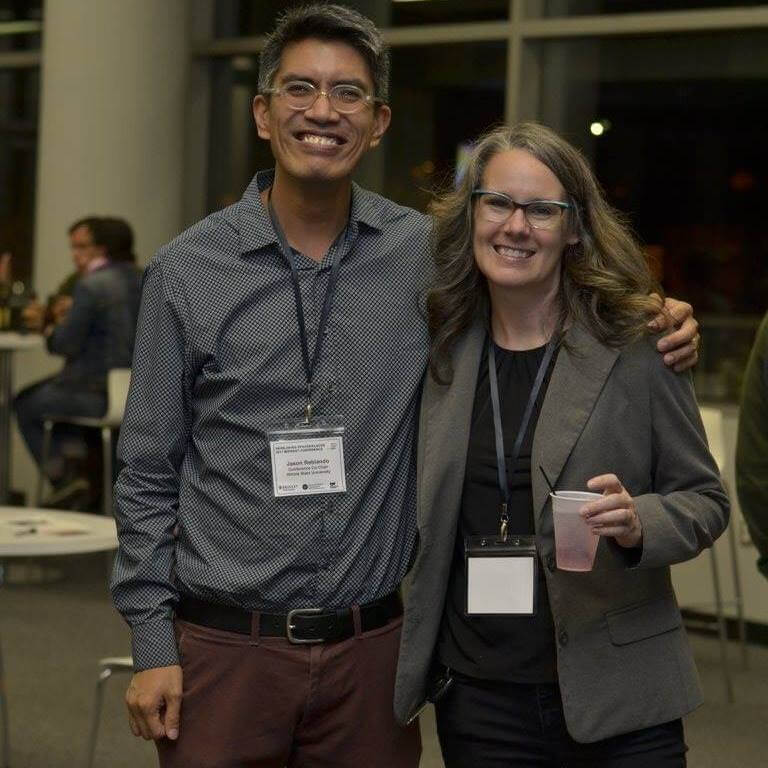 Margaret and her conference co-chair, Jason. This is Saturday night, when the four-day conference was nearly over, hence the smiles and rum drink.

The Surf Ballroom where Buddy Holly, Richie Valens, and the Big Bopper played just before the day the music died, just outside Mason City.

Lakefront Brewery, one of our many stops in Milwaukee. Surprisingly neither Margaret nor I had spent any meaningful time in the city before our weekend there. Also, note that there are no photos of Margaret’s talk; I was charged with taking pictures, but I was so enthralled I forgot! 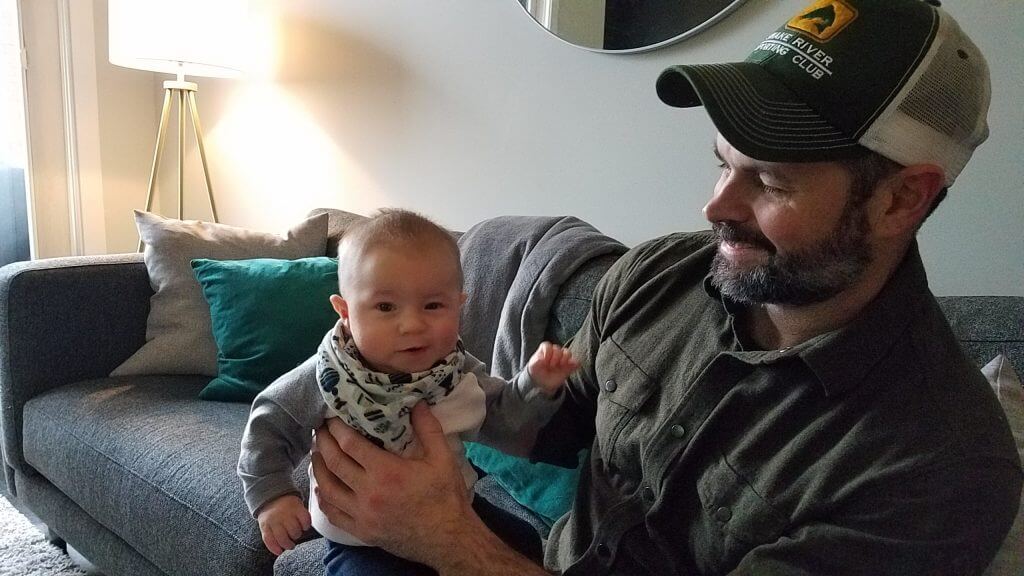 My best friend Matt and his new baby, Elliot. Matt’s already signed him up as crew on Bear, but Elliot needs to get head-trained first.

The most important accomplishment of the last few weeks was setting a high score on my cousin Tim’s pinball machine. Truthfully, I completely choked 100k from Tim’s “Grand Champion” score.

But that little Midwest sojourn has come to an end, at least for me. I flew back east this past Monday so that I could haul and winterize the boat, get started on a few boat projects, and take two marine electrical courses at the Annapolis School of Seamanship. I got one last day on the water in as I brought the boat from our friends’ dock in Cobbs Creek off the Piankatank River to Deltaville, which turned into an all day adventure as I spent a few hours waiting for tide and then got stuck multiple times in Cobbs Creek, which resulted in me coming into Broad Creek in Deltaville after dark. It has been great to be back on the boat again, and I am enjoying Deltaville, but I am also feeling overwhelmed by the number of boat projects we want to complete before the sabbatical starts in May. Of course, it will all get done, or it won’t, and we will still be fine. 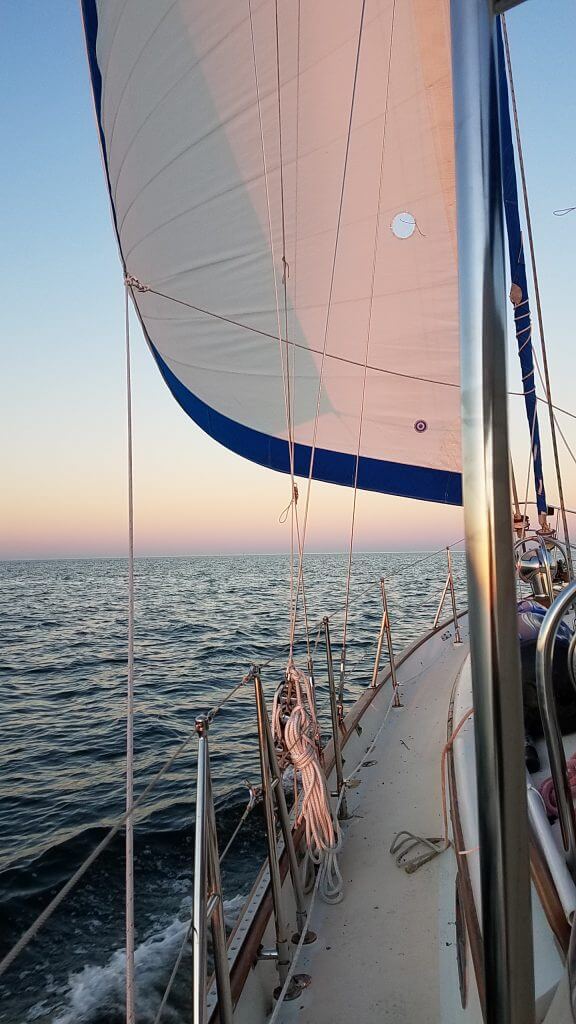 The last sail of the season aboard Bear.

Today I made my way up to Annapolis and took a stroll from Eastport to Ego Alley and around the waterfront. Tomorrow the first course begins. Wednesday I will return to Deltaville. And next Saturday Margaret meets me up in Baltimore as we begin our annual holiday pilgrimage to Florida. This time we are making our way south by way of DC, Raleigh, the Outer Banks, Myrtle Beach, and Savannah as Margaret works on a photographic project and we use up some of our many credit card points. But, as Nike says on White Spot Pirates, more about that next time. 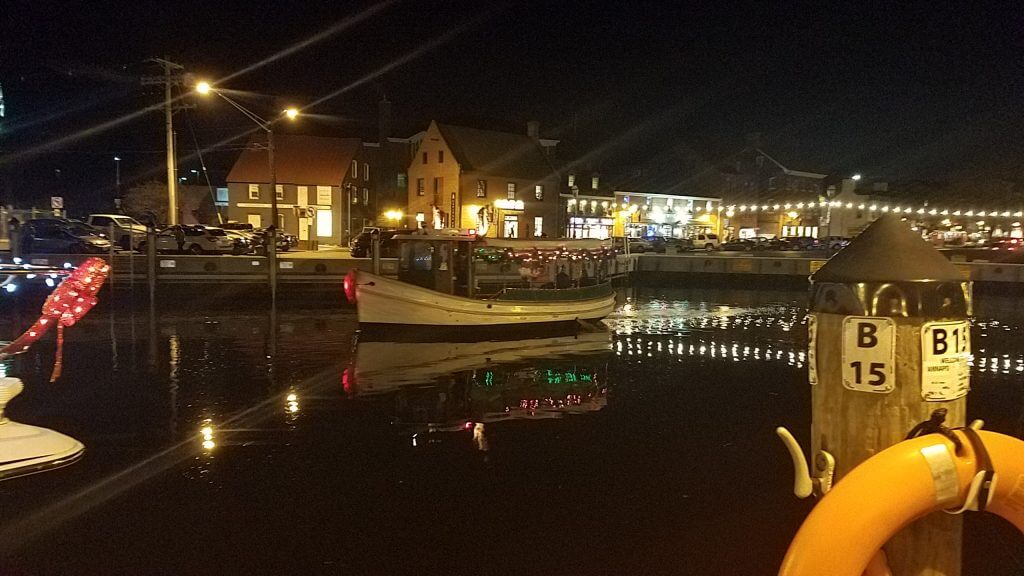 The Spa Creek tour boat dressed up for the holidays as Rudolf with Santa at the helm. 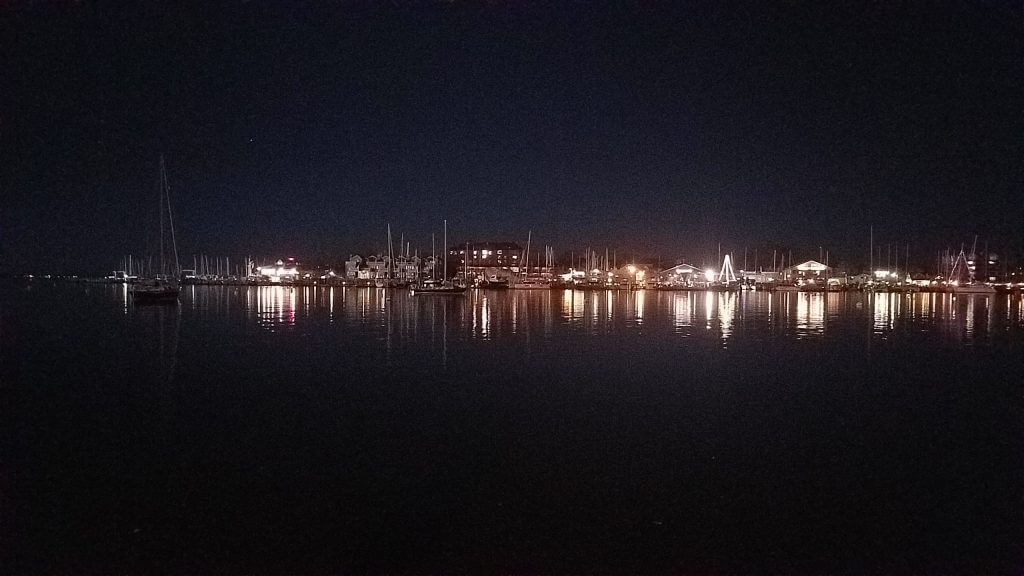 Looking across Spa Creek towards Eastport. Three hearty boats are on moorings in the front forty.