Where Is Bear and What Are Our Winter Plans?

Margaret and I started cruising early this summer, getting to Newport by the middle of May and to Maine by the middle of June. Even still, by the time the end of July rolled around, we did not want to leave and head south. The Maine coast had amazed us with its beauty and overwhelmed us with the seemingly endless anchorages. There was too much still to explore, and we felt like relaxing and enjoying ourselves rather than pushing southwards back to the Chesapeake. However, I had some commitments back in Peoria in late August, which meant Margaret could not just head back to Illinois herself while I took the boat south as we have done in previous years. 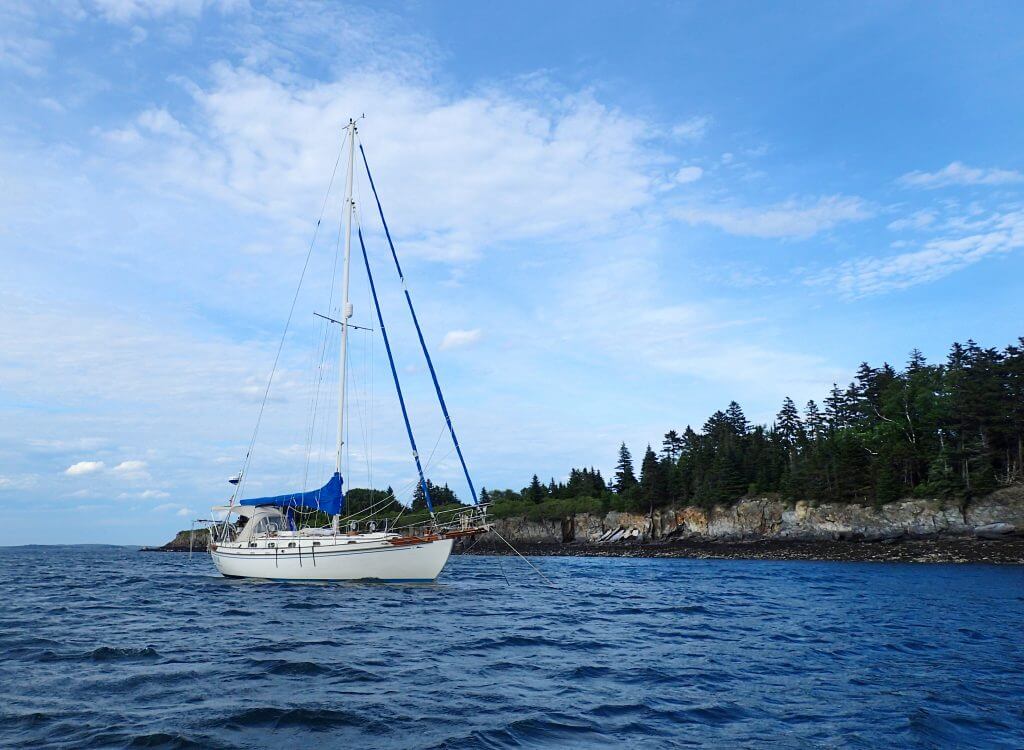 Slowly, as the summer progressed, we hatched a plan. After searching around, we found a reasonably priced place – The Apprenticeshop in Rockland – to leave Bear on a mooring when we left in mid-August. Then, using miles we had been accumulating on our credit card, I would fly back out sometime in the middle of September, after I had taken care of things in Peoria and accompanied Margaret back there. At that point, I would bring the boat south to the Chesapeake.

Now, you might be wondering why we were so bent on bringing Bear back to the Chesapeake. Would it not be easier to just haul the boat in Maine and begin cruising the Maine coast even earlier than we had the previous summer? That would not be such a bad plan, especially because we do intend to cruise Maine again next summer, except that we have a long list of boat work that we need to get done in anticipation of Margaret’s sabbatical next year. If we left Bear on the hard in Maine, I might be able to start working on her sometime in early to mid May, but even that sounded like it would be chillier than the Chesapeake in late March. So, bringing Bear south would add an extra month or two on to our work time in the spring and not impact the amount of time we could reasonably spend working on her in the fall.

There was also another factor in our decision making. With the sabbatical looming, we felt that it would be helpful if I got used to singlehanding Bear. Finding crew when I have moved the boat in the past has been difficult, and we know it is not going to get easier when we are in the Caribbean, 1500 miles away from our sailing friends. Though Margaret will be on sabbatical and therefore able to make the passages then, she would feel a lot more comfortable knowing that I can, if need be, sail the boat without her. Moreover, Margaret might be doing some artist residencies and taking advantage of other professional opportunities during the sabbatical, which might necessitate me moving Bear without her. Taking the boat south from Maine this fall will allow me to practice singlehanding more and figure out what changes we need to make to the boat to make solo sailing even easier in the future.

Having left Bear up north, travelled back to Peoria together in August, and booked a flight back out, by the time you are reading this, I will be on Bear again in Maine and making my way south, alone. Hopefully we will have some fine weather and smooth sailing and be in the Chesapeake by the end of September.

2 Responses to Where Is Bear and What Are Our Winter Plans?