Sailing (and a little motoring) from Annapolis to St. Michaels

After our long stay in Annapolis, we found it difficult to drop the mooring ball. Even after all our friends had left the town, Margaret and I decided to stay just one more day so we could get the boat organized and enjoy a last night in Annapolis, planning to leave the next morning. Bringing our dinghy on deck the next day, we realized it had picked up quite a bit of growth during our two-week stay in Spa Creek. And, by the time we had cleaned it off, got a pump out, and refueled, it was afternoon, and Margaret raised the possibility of staying on yet another day. But despite the allure of another Pusser’s painkiller and morning coffee from City Dock, I steered Bear out onto the Severn after pushing away from the fuel dock. 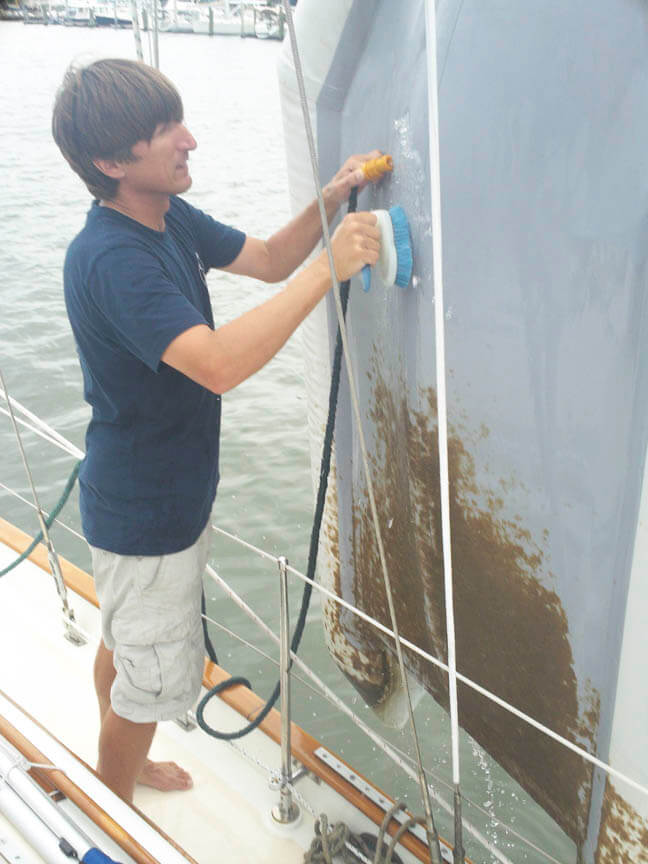 Cleaning the growth off our dinghy. It looks like I need a haircut! 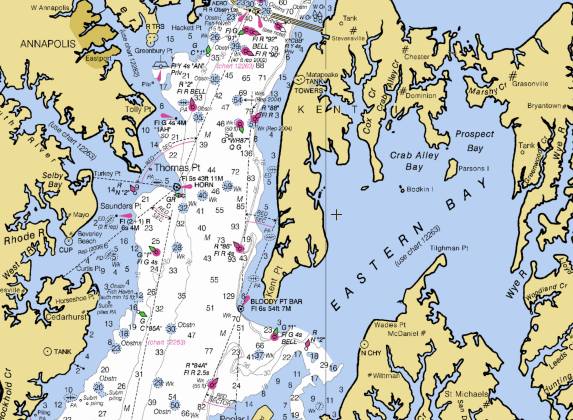 Annapolis is in the upper left corner and St. Michaels is in the lower right

Heading out to Tolly Point Shoal, we raised the main and unfurled the genoa, bouncing along in a northerly wind and its accompanying swell. In concert with a dozen or so other boats, several of which flew their colorful spinnakers, we made our way down the bay, aiming for Bloody Point Bar while dodging shipping traffic. Before too long, we rounded within a few hundred yards of the lighthouse and hauled in the sheets to a tight, fast, and comfortable reach. But as we made our way further into the Eastern Bay, the wind veered a little more easterly, forcing us to beat into a moderate chop. Margaret tolerated the pounding while I tried to get every last degree to windward out of Bear, holding the wheel in my left hand while I leaned over the starboard rail, keeping an eye on the trim of the genoa. I was loving every minute of it as we worked into the wind at six knots. But, despite my best efforts, I finally had to give in halfway to the Miles River, firing up the engine and putting away the sails as the wind pushed us towards the shallows by R “2A” and Margaret made it clear she was not relishing the sail as much as I was. 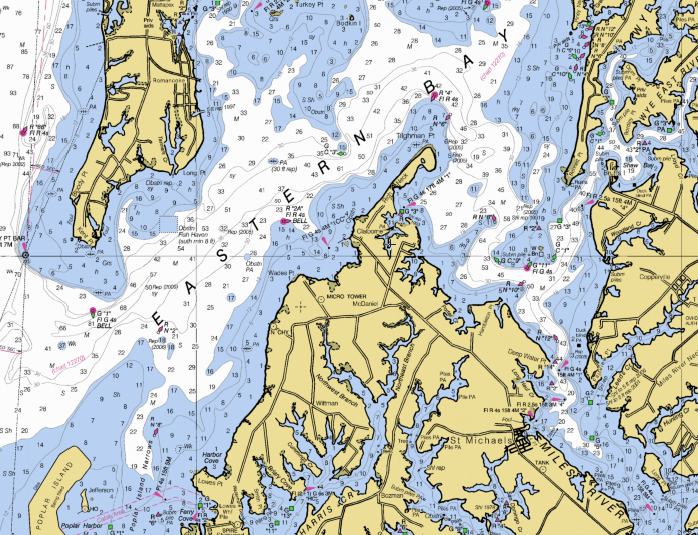 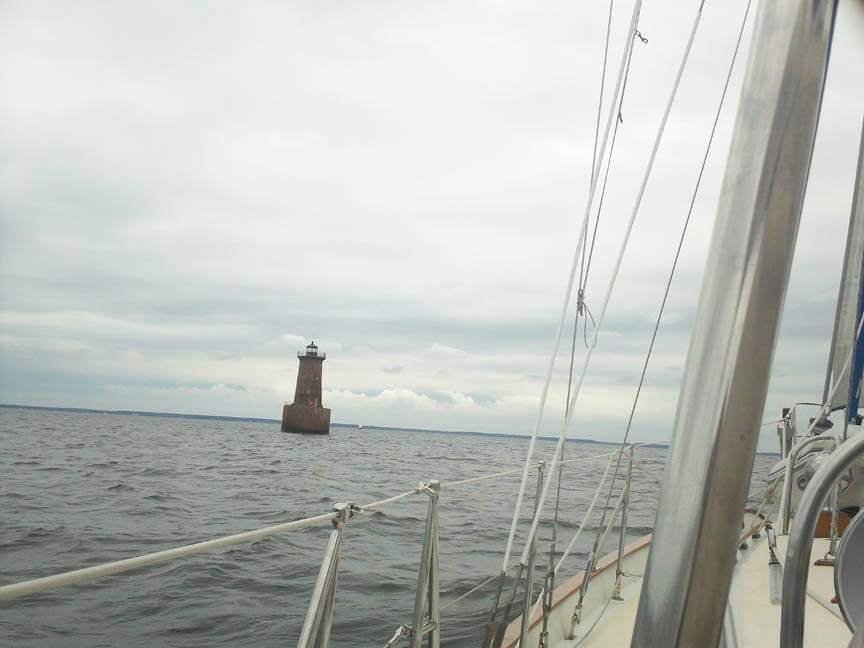 Passing the light at Bloody Point 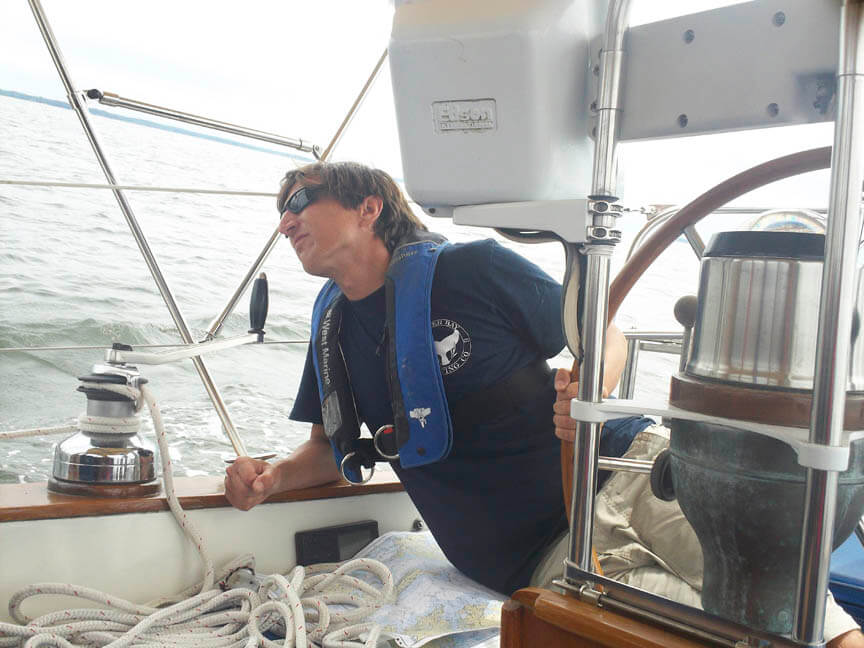 Beating up the Eastern Bay

While the other boats around us put in several long tacks to make R “4” at the mouth of the Miles, we cheated and drove straight for the buoy under power. Once we were in the river, I once again unfurled the genoa, but kept the engine running, not feeling like it was worth the hassle of raising the main again for just a few miles. As the wind died and we passed several more boats who had their canvas out, my guilt subsided a bit. Of course, Margaret had no qualms about keeping the sail under wraps, pointing out that we would have our pick of spots when we arrived ahead of all the suckers. And that is just what happened, as we managed to snag a choice open space just off the Chesapeake Bay Maritime Museum in Fogg Cove for the first test of our new Rocna anchor. The Rocna set easily for the first of many times, allowing us to relax in the cockpit as we took in our new surroundings and a cocktail to celebrate our safe arrival. 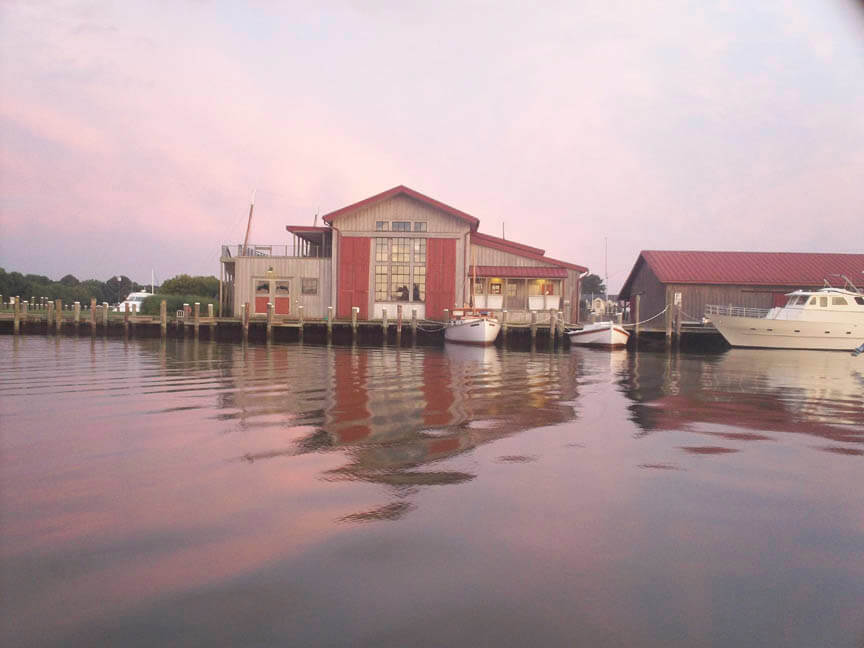 Looking at the Chesapeake Bay Maritime Museum from our anchorage 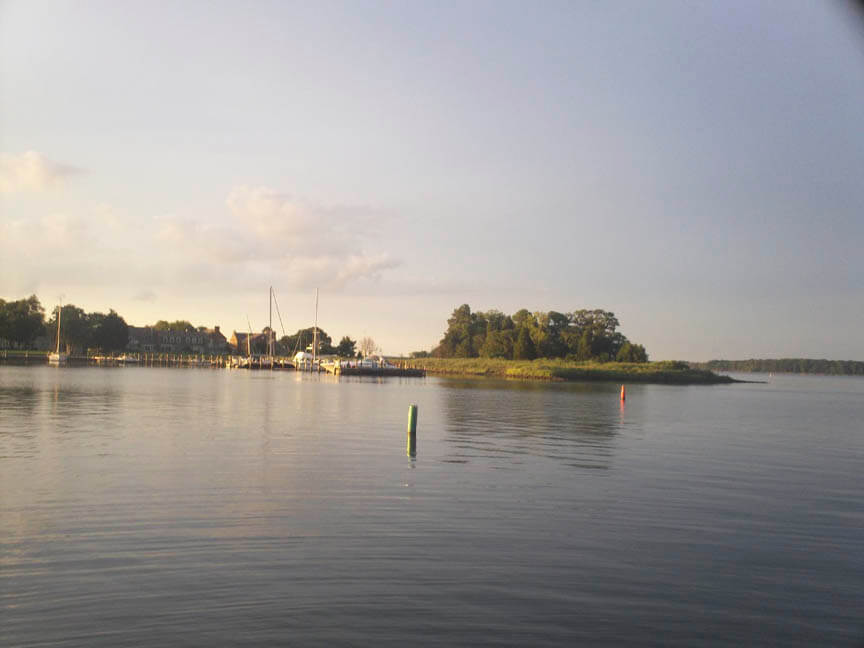 Looking in the other direction, towards the Miles River 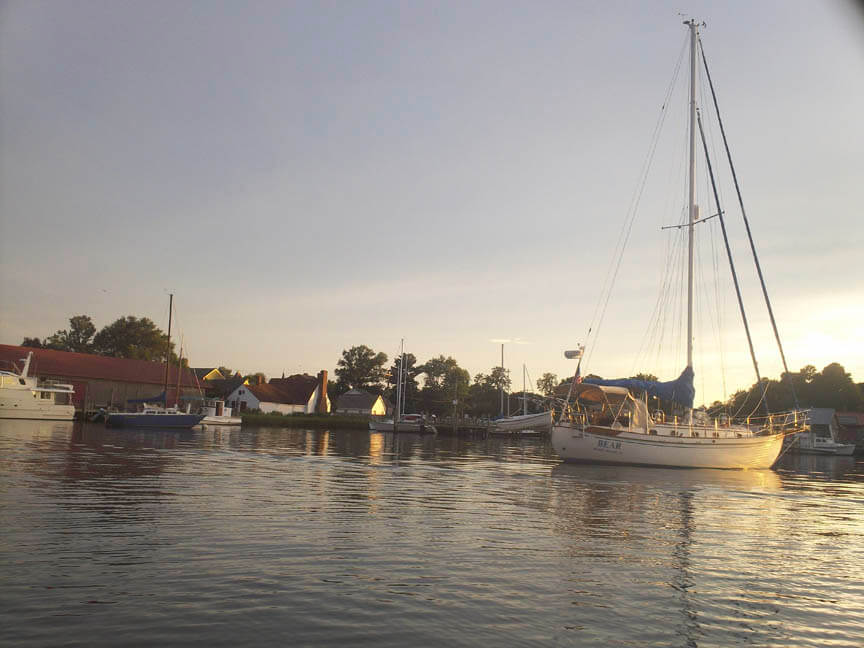 Bear at anchor in Fogg Cove

As we sat in the beautiful, intimate confines of Fogg Cove, we discussed our plans. Margaret had already contacted Captain Iris of the Selina II, a beautiful catboat that runs day trips out of St. Michaels, for the Female Mariner’s Project, but they had not scheduled a time to meet yet. We also were in need of laundry facilities and some groceries, despite having just had access to both in Annapolis. And, we also had another boat problem to troubleshoot. Upon coming in off the Miles, our steering started to act up again, occasionally making it difficult to steer to port, just as it had when we were running from the storm into Gibson Island off the Magothy. But, nearing dinner time, we decided we could put all those responsibilities behind us, take the dinghy ashore, and get dinner and a drink. 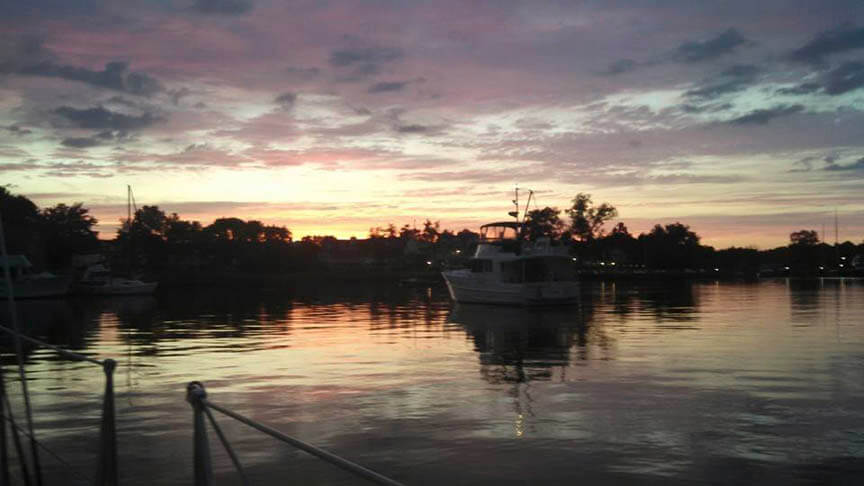 Sunset from Bear in Fogg Cove