Fields Cut is the last obstacle that we would have to overcome before we entered Georgia. In fact, it is the final stretch of the Intracoastal Waterway before the Savannah River, which marks the Georgia-South Carolina line. The project depth – the depth that the Corps is charged with maintaining – for Fields Cut is twelve feet at mean low water. But the Corps reported in July 2014 that the minimum depth was only three feet. Still, the Corps noted in the same report that we would be able to find 7.5 feet on the eastern, or green, side of the channel. Between that information and the notes on ActiveCaptain, where people reported seeing numerous vessels aground at mid-tide, we decided to hit Fields Cut on the flood within about an hour of high tide. (I should note that the Corps is not neglecting their job; it is, unsurprisingly maybe, Congress who is to blame for the low water as they have not funded dredging in the Savannah District for some time). 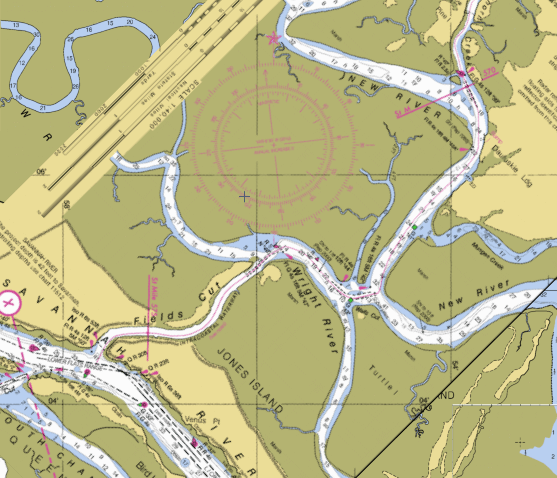 R “40” at the outlet of Ramshorn Creek is in top right corner, while Fields Cut is to the lower left

Approaching Field Cut from the north, the difficulties begin at Ramshorn Creek, nearly five miles before the cut itself. At exit of the creek, the red marker “40” is reported to be aground at low tide. Coming through, we consequently favored the green side, sweeping far to the outside of the bend by Dafuskie Landing and seeing depths well into the 20s and 30s.

From Dafuskie Landing, the charts make it look like the rest of the way into Fields Cut would be confusing, as we moved from the New River, through Walls Cut, and into the Wright River, turning nearly 180 degrees in the process. However, the channel is well marked and straightforward. Moreover, there is more than enough water through the entire section, including in Walls Cut. When we passed through, the Coast Guard was out trying to reset the red “42” daymark that appeared to have been ran over by a barge, which seems likely given then serpentine nature of the ICW there. 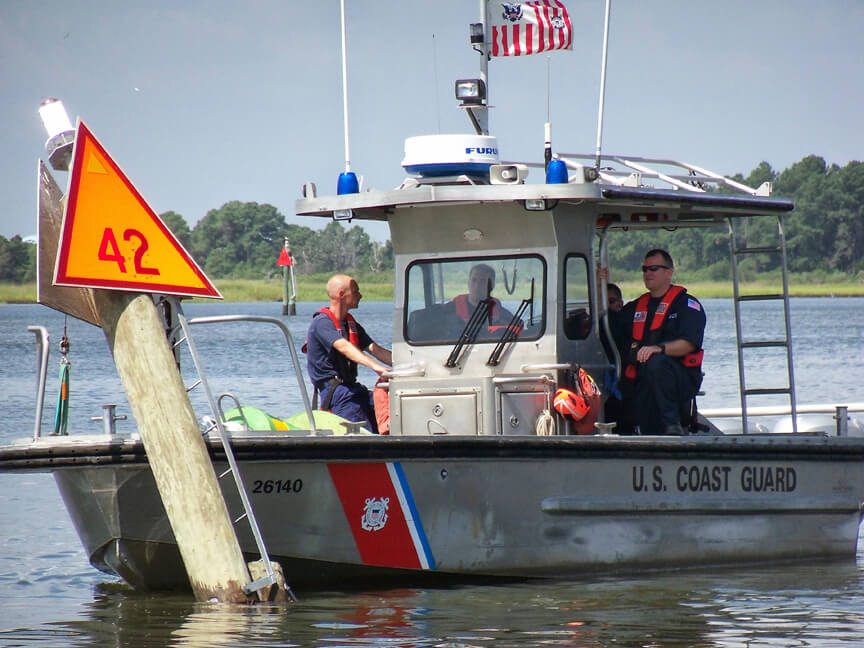 Entering Fields Cut, we favored the green side, coming within just a few feet of the marker on that side. Passing by green can “47” very near high tide, we saw depths mainly in the 10-12 foot range, but did have a momentary jump down to nine feet. However, very quickly – perhaps within 100 feet or so – the depths started to increase. Favoring green until we negotiated the sweeping left to right turn in Fields Cut, we had water in the mid to high teens under our keel. Then, in the final portion of Fields Cut, we stayed slightly to the red side and saw depths in the high teens and twenties. 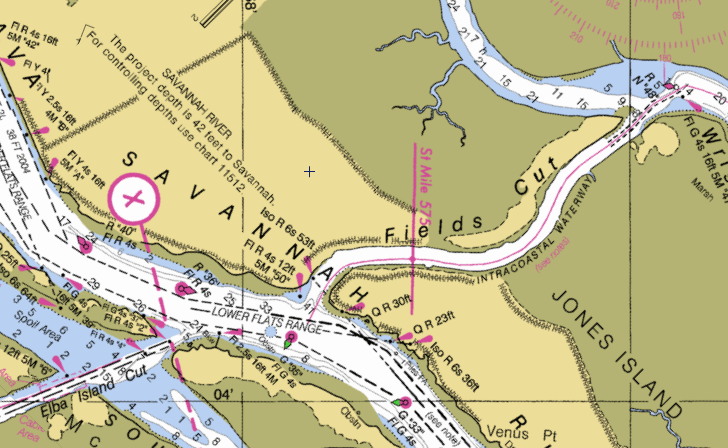 The ICW through Fields Cut, across the Savannah River, and into the Elba Island Cut

Before we knew it, we were entering the Savannah River, looking both ways to make sure there was no traffic we needed to worry about. At the same time, we were also suddenly being pushed hard by the still incoming tide. Paying attention to the current became important as we entered Elba Island Cut and passed across the South Channel of the Savannah River. Charted depths of two feet on either side of the ICW through there had us making sure the current did not push us to the north, out of the channel. With an eye on red “4” behind us and another on “6” in front, we passed through without incident. But we could not yet relax completely with the Causton Bluff – Sam Varnedoe bascule bridge ahead at mile 580.

Just another five miles beyond the bridge, though, we anchored up for the night in the Herb River. Having put the hook down by 3:30, we had a beer with the intention of dinghying into Thunderbolt Marine, where they kindly let you tie up for free, and then eating dinner ashore in the town of Thunderbolt (apparently you can catch a bus or taxi into Savannah, just five miles away, too). However, thunderstorms rolled in, keeping us on the boat to celebrate yet another successful day on the ICW.

For other posts on navigating the ICW, start here. 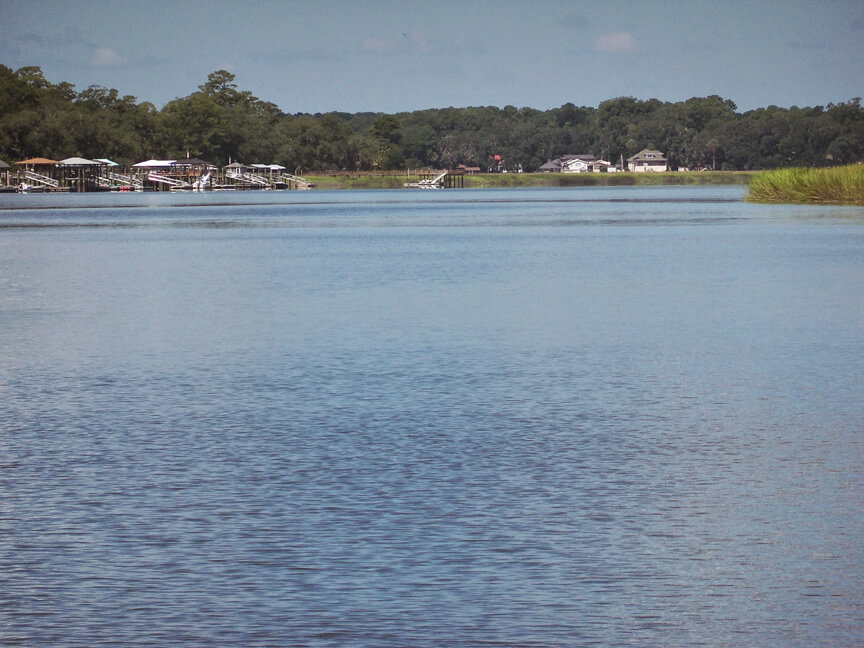 Our anchorage in the Herb River…no thunderstorms visible!