A Buoy in the Bushes

This morning, Margaret and I were out at the Illinois River Sweep, a river-long cleanup effort put on by the Friends of the Illinois River every September. Along with about 15 students from the local high school and a friend of ours, we were charged with cleaning a half mile stretch of the river north of downtown Peoria. 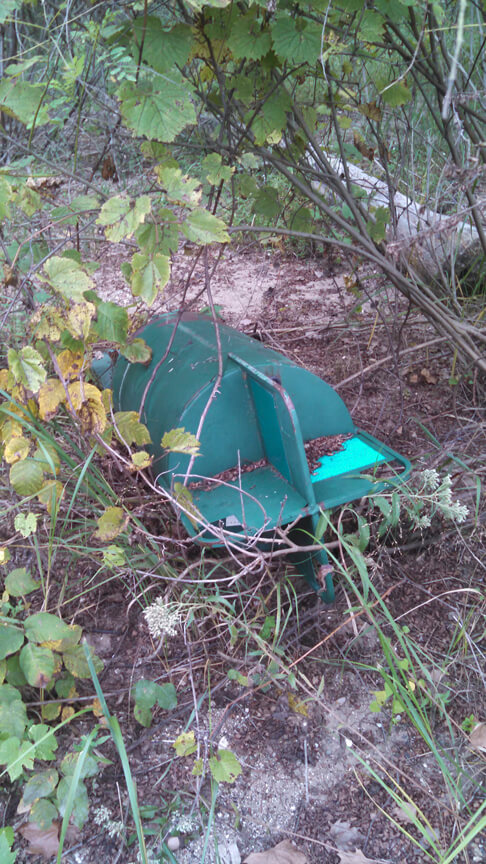 The buoy amongst the bushes

Last year, with the record floods of spring 2013, we found all manner of stuff in the floodplain along the river. This year, probably because there had been no major flooding, the river’s edge was surprisingly clean. In fact, we spent most of the morning doing little more than picking up the occasional beer bottle. But we did manage to find a channel marker in the brush. It was a metal green can and extremely heavy despite its relatively small size. A few of the students carried and dragged it the half mile back to the roadside where folks from the Peoria Park District picked it up to hold until Monday, when they will call the USCG. 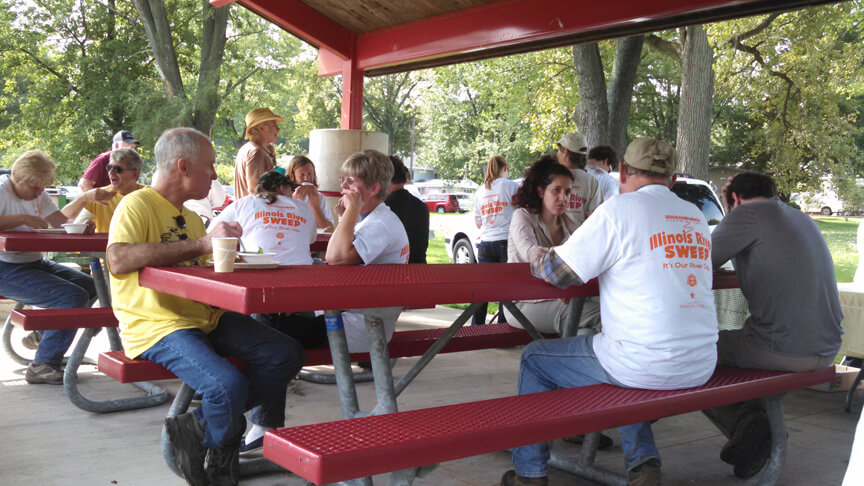 Some of the volunteers from various sites enjoying lunch together

While there was little flooding this past year, we did have an extremely cold winter. The river is an important commercial transportation corridor between the Mississippi River and Chicago via the Illinois and Michigan Canal, as any Great Looper can tell you. During this past winter, the tugs and barges that work the river, along with the Corps, tried their best to keep the waterway open through the worst of the cold, but there were a few days when the ice brought traffic to a virtual standstill. Incredibly, over 95% of the navigational buoys on the river were lost last winter due to the ice. I find that figure just staggering, but it certainly explains why we would come across the marker this morning.