Anchoring Aboard Bear: Our Anchor Snubbers

As we got Bear ready to depart the dock in Branford, Connecticut, we had a long list of things that needed to be done. Of course, the list was not anywhere near completed by the time we took off. One of the things that remained was to devise some method of snubbing the anchor. A snubber would take the pressure of the anchor off the windlass, keep the chain from jumping out of the gypsy, and help ease our motion when the winds kicked up enough to pull the catenary out of the chain. All of that, I realized, was important, but, having previously only anchored with rope rodes, I really had no idea what our snubber should look like. And, I am sorry to say, it took me the better part of the summer to figure it all out despite seeking advice from various cruising books and the internet.

While at anchor in Port Jefferson, our first harbor, I started in on making a snubber in between all our other projects. In the loads of gear and spare parts that the previous owner had left us, I found a galvanized chain hook that a few resources I had examined suggested would be a good way to attach a line snubber to the chain rode. One evening, I sat in the cabin and spliced on twenty-five feet of half-inch three-strand line, and proudly pronounced to Margaret that our worries were over because we now had an anchor snubber. I then ran above to try it on. But, because I had zero experience with such things, I tried to put the point of the chain hook through a link of chain rather than, as I found out it should be done months later, around the entire link. Since, at the time, I could not fathom how else the chain hook should be used than by going through the link, I tossed it aside and went back, a little frustrated, to devising another snubber. 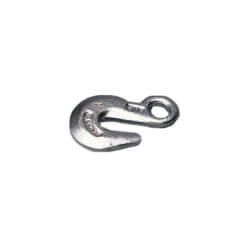 The next day, when we made a pilgrimage across Long Island to Freeport Marine Supply so that we could replace a water pump that had broken, I also picked up another twenty feet of line and a galvanized steel snap. Before we purchased the snap, I made certain it would clasp a link of our 5/16ths inch chain. Sometime back in Port Jeff, I spliced the line onto the snap and, again, proclaimed that we had remedied our snubber problems. And, once I tied one end to the Samson post, attached the snap to the chain, and then played out a bit of chain, this arrangement did take the pressure off the windlass. But I worried that the length of line – significantly reduced by being wrapped around the post – was not really long enough to provide adequate snubbing action should we get in a serious blow. Moreover, I worried, rightly I think, that the snap, rated at something like 600 pounds breaking strength, was a very weak link in the whole apparatus. But this setup did provide some security and also offered a really easy method of securing the anchor while underway; with the end still attached to the Samson post, after we raised the anchor, I would just put the snap on the chain, leaving a minimum of slack in the line. Even after I devised a better snubber, I continued to employ the snap in this fashion and also used it to take the pressure off the windlass while we were backing down on the anchor, before I attached the new snubber. 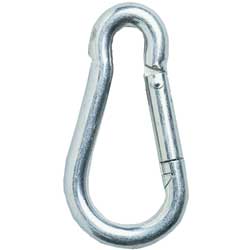 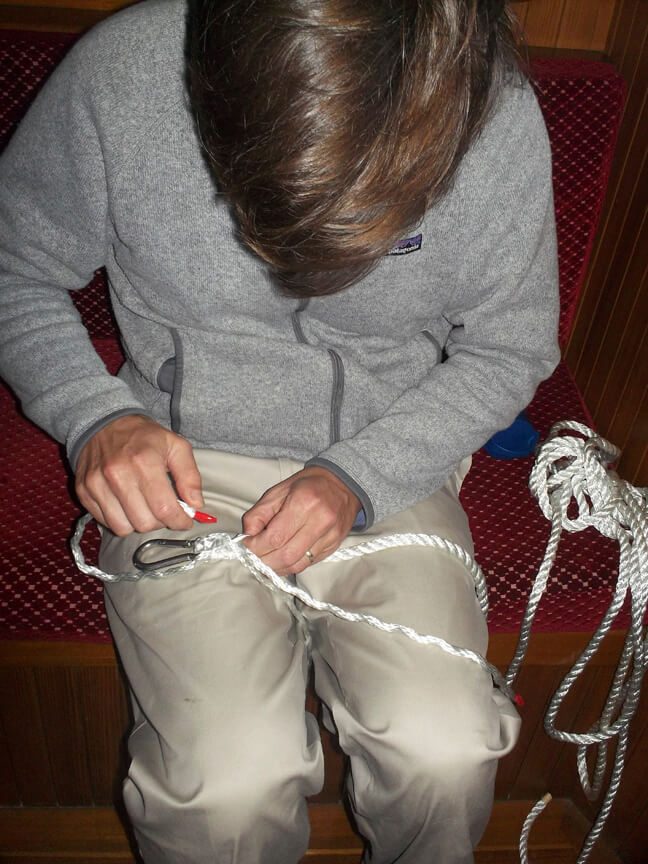 Splicing the snap on

While we continued to use the new snap snubber on a daily basis, I knew that it was not a permanent solution. And, I continued to explore alternative approaches. To at least address the problem of not having enough line to provide snubbing action, I bought another snap and a longer length of three-strand and constructed a bridle snubber that was more than long enough. To deploy it, we would attach each end of the bridle to the cleats on either end of the bow, clip the snap to the chain, and let out enough chain to allow the bridle to take the pressure from the anchor. It accomplished the goal of providing enough line to snub, but the snap remained as a weak link. We also found that the bridle snubber was a bit of a pain to set and retrieve, as I had to stretch out and around the bowsprit to get the bridle outside of the rigging and pulpit. With the lines attached to the cleats, the snubber also made a lot of noise below as the lines tightened and loosened around the cleat in any sort of wind. Still, I employed this snubber whenever an evening thunderstorm seemed possible, which was just about every night. 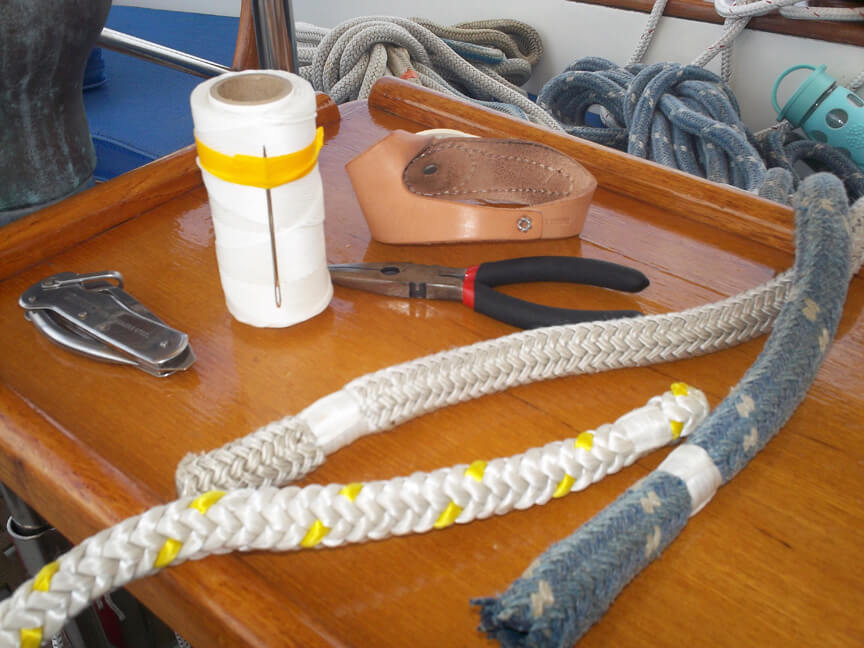 Not the bridle, but whipping our dock lines in anticipation of cutting the ends off with the electric rope cutter

Finally, towards the end of the summer, I finally arrived at our perfect snubber. Taking a 40-foot length of half-inch three-strand, I simply tied a rolling hitch, which is an incredibly easy hitch to learn, to the chain. Then, I attached the other end of the line to the Samson post. I finished by, as usual, playing out enough chain to take the pressure off the windlass. This snubber proved simple to deploy and retrieve. Moreover, it eliminated the weak snap and provided a long enough line to actually snub in a blow.

It is a testament to both my idiocy and my persistence that it took all summer to finally hit upon the snubber solution. In looking back, what’s even more frustrating about the whole process is that I had created a perfectly capable snubber in the first instance, but I was just too stupid to figure out how to use the chain hook. I had even spent some time on the internet trying to learn what I was doing wrong with the hook, but because we had limited connectivity at anchor and I was not actually sure what the piece was called, I could not locate a picture of someone attaching the hook to the chain, just a lot of people indicating it was a great method. I still have the chain hook snubber and can use it for a backup. But I like the simplicity of the rolling hitch and the fact that should we chafe through it, a backup snubber is just a length of line away. 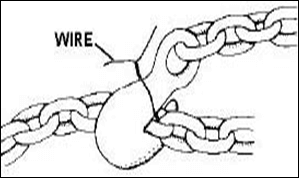 Even now, this is the only picture I can find of attaching a chain hook, and it is from the Army’s Cargo Specialist Handbook.

Our previous posts on anchoring include our initial ground tackle, purchasing our Rocna anchor, our thoughts on the Rocna, and our anchoring technique.