A Productive Week Aboard Bear

Things have been busy on Bear this past week, as we splashed, knocked out jobs, and hung out with some friends. I took the boat out – by myself for the first time – to test the new Gates v-belt; it seems to be not slipping or stretching, which is a relief. Now, just about all the “must do” jobs are completed. Though, of course, I do have a long list of small jobs, including cleaning and organizing the boat, before I pick up my buddy Kerry in Annapolis tomorrow evening. He is my crew for the trip to Newport, and we hope to be leaving on Tuesday.

I don’t really have time to detail the week, but I figured I could put up a little photo essay of the images I have taken with my phone over the last week. It is not very comprehensive, but does give you a good idea of the sorts of things I was doing!

As I was putting up the bimini, an entire seam pulled out. The first canvas person I talked to said she was going to pick it up on Wednesday and have it back to me the next day. I still have not heard from her. Fortunately, the very kind and skilled folks at Meade A. Breese Sailmakers took care of it for me on Saturday afternoon. Those guys are great!

Installing a new transducer while we were still on the hard. 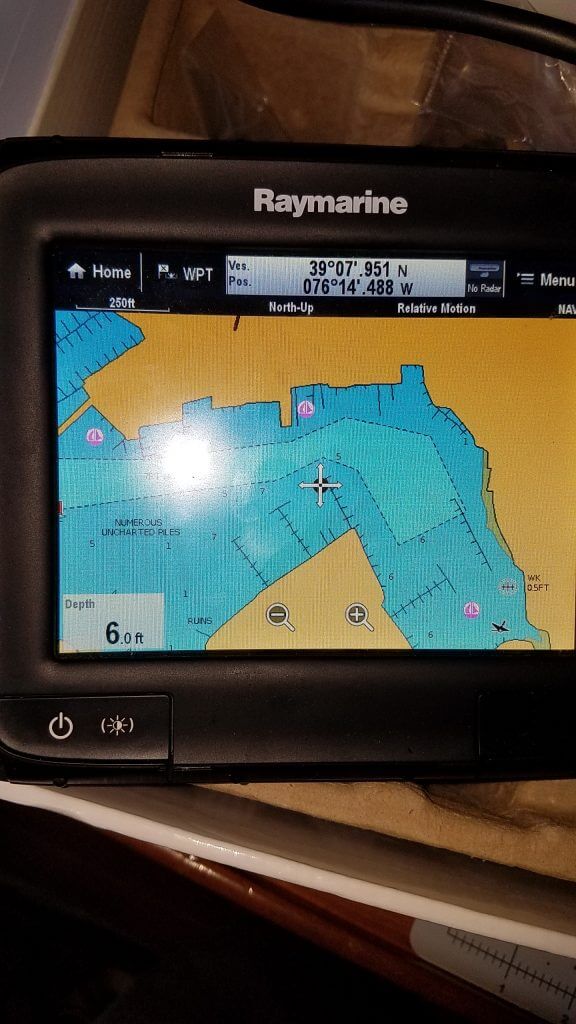 And, after we were in the water, testing to make sure the new transducer worked as I was feeding the new wires the length of the boat. 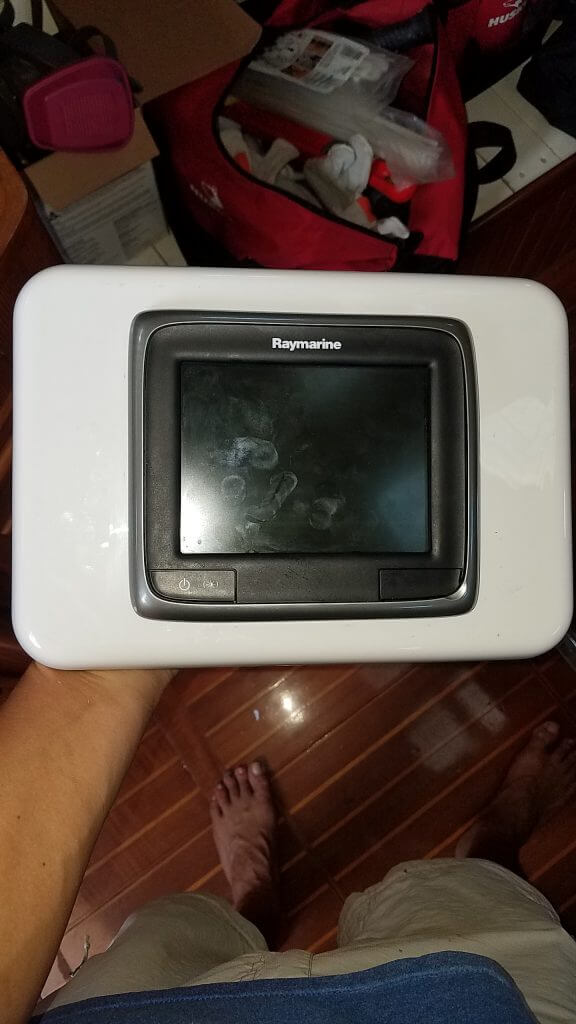 Instead of buying a second chartplotter, we decided to save money by just moving our current chartplotter from the nav station to the helm. Here I am in the process of cutting and prepping the pod for the plotter.

As anyone who has ever worked on a boat knows, cut hands are part of the game. This was from the sharp edge of a hose clamp while I was finishing rerouting our electric bilge pump hose. 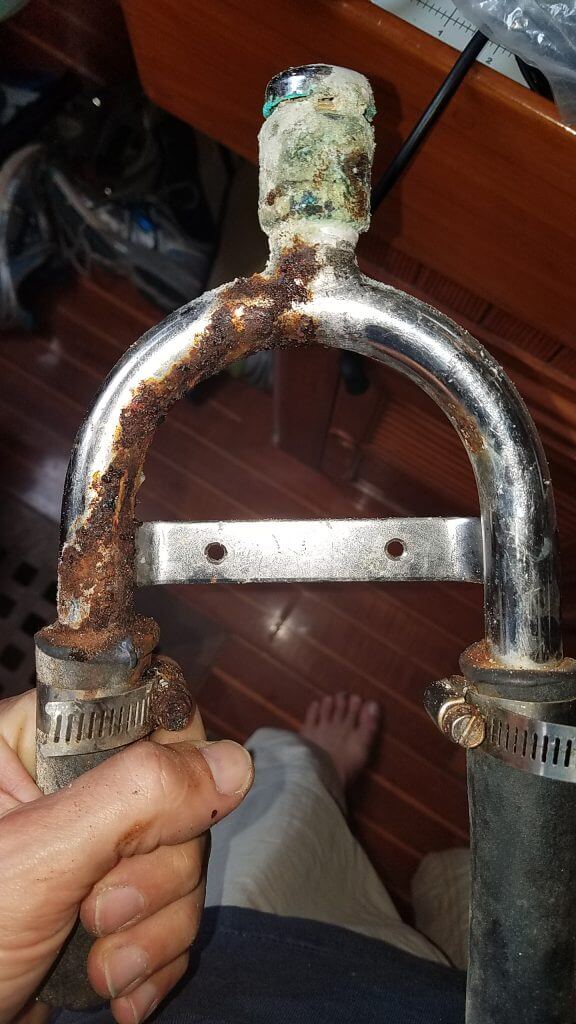 And this was the reason for rerouting the bilge lines. The vented loop must have been there for decades as it was now behind a ton of wiring. We decided to move the loop to a different bulkhead so that it was more easily accessible and not over the batteries, where this guy used to reside. Incredibly this vented loop was still functional. You can fish it out of the dumpster if you want it! 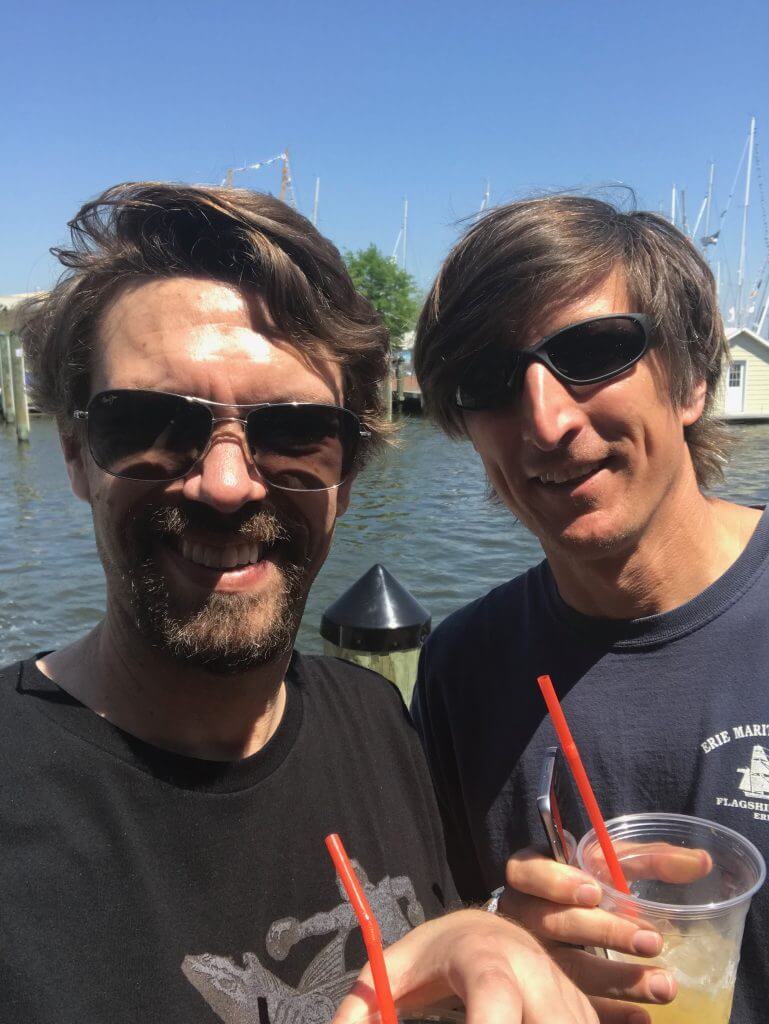 It was not all work the last week. My buddy Chris, who I have not seen for ten years, came by for a visit. He works at West Marine headquarters out in Watsonville, California, but was in the area for work. We had a great time with folks from the yard on Thursday evening and then went to the Annapolis boat show on Friday. As you have probably guessed, we are at Pusser’s. 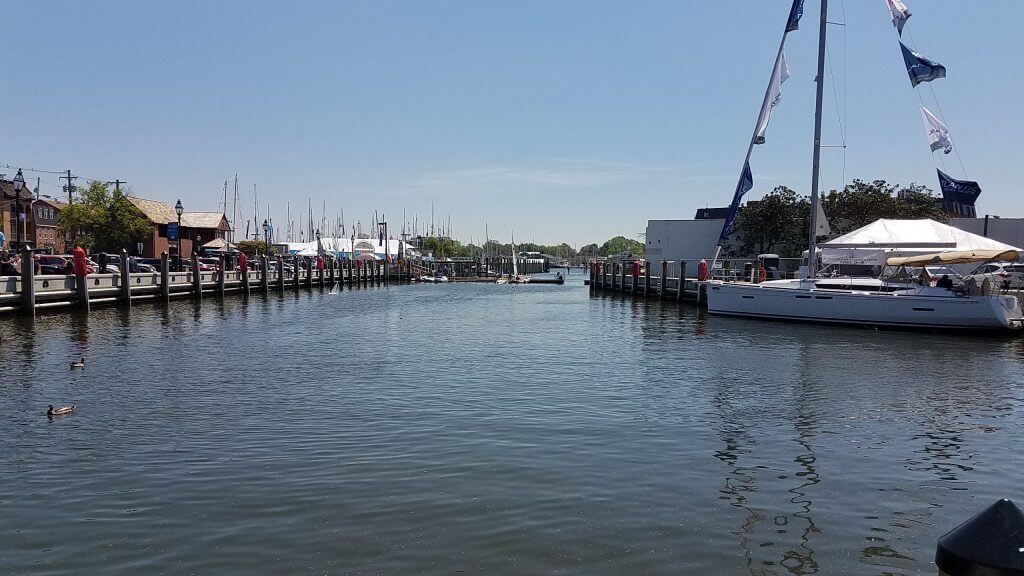 This is looking up Ego Alley, which, during the fall boat shows, is usually full of boats, docks, and everything else. The spring show it just a wee bit smaller. 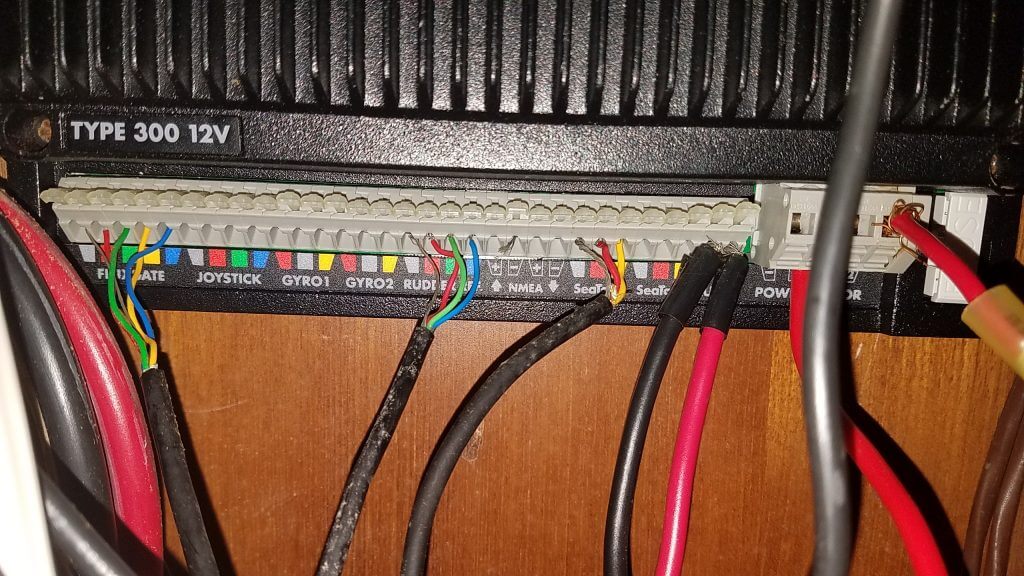 Today my buddy Steve kindly helped me get the autopilot working again. The problem was a loose wire, as I suspected. But I would not have been able to get that loose wire connected – it’s a long story – without Steve’s help. This is before we started; the wiring looks a lot nicer now.