The Yachtworld Market – What Happened to the Boats We Looked At?

There are a number of frustrating things about looking at boats on Yachtworld, all related to the fact that the managers of the website keep a good deal of data to themselves. You have no idea how long a boat was on the market for or what the original listing price was, as price reductions are not noted. Further, when listings are removed, unless you happened to see a “price reduction” or “sold” note in the days before it disappeared, you have no way of knowing whether the boat was sold or just taken off the market. In fact, we have seen a number of boats repeatedly be taken on and off the market and their list price both get reduced and, much less understandable, substantially increased. Finally, when boats do sell, you are not privy to the final selling price.

From the perspective of the brokers who list boats on Yachtworld, this lack of transparency makes sense; having a monopoly on the data helps them attract buy-side clients (some people pay a broker to help them with the buying process) and also surely results in higher offers being made on the boats they are listing. But, from an unrepresented buyer’s perspective, it is pretty frustrating. Partly for this reason, and also because I was just curious, I have gone through all the boats we looked at and what their current status, to the best of my knowledge, is.

When we stepped aboard the boat was listed at 23,900. It had been on the market for about a week at that time and lasted another week before it sold. 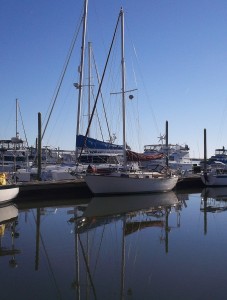 This boat had been listed at 82,900 and, we thought, had been on the market for some time when we looked at her. She recently sold, about three months after we were aboard, with no change in list price.

This boat, which really lives up to its name, is still for sale at the same price of 124,500 four months later.

As of about a week ago, this boat was still for sale at the same price we had seen it at. But today, when I checked, it was no longer listed at all. The broker had told us it had already been on the market for some time and that the owner would periodically reduce the price by a grand or two. I cannot believe it sold, but I guess miracles happen. 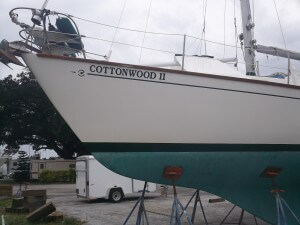 Thankfully, we talked ourselves out of this boat, and it seems like others have done the same. When we stepped aboard a little over three months ago, she was priced at 72,000***. Now, she is listed at 67,000. 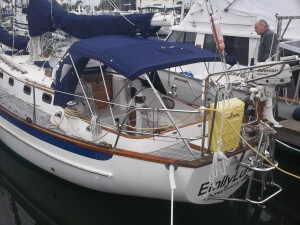 Emily Luna from the dock

Unsurprisingly, she is still for sale, three months after we looked at her, at the same price of 67,500.

Bayfield 36 – Audrey Paige (we just realized we never put up our post on this…coming soon!)

The broker informed us this boat had been on the market for at least a couple months already when we took a look at her. She is still for sale today at the same price of 61,500, though we know there was a significant price reduction in the months before we looked at her.

When we stepped aboard, this boat was listed in the low 90s, though I am unsure of the exact price. Today, it is still for sale, reduced to 79,000.

Three months ago, the boat had already been on the market for about a year. She is still for sale now at the same price of 79,900. 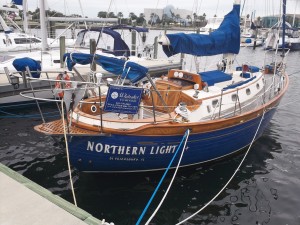 This listing provoked a quick trip to Florida so I could check out the boat in person. Then listed at 39,000, about a month later she was reduced to 35,000. Two weeks ago, she sold.

While on that trip to Florida, I also looked at this boat. It had just had its rigging replaced after being on the market for a few months. It recently sold without a change in the list price, which was around 57,000 or 59,000.

There are not too many surprises on this list. I expected the Southern Cross, Union, and Contest to all sell quickly as they were great deals. And, while we decided we were concerned about Suwendejen’s structural integrity and ran into problems with the listing broker, we had been rather interested in that boat.

I guess what surprises me most is the lack of price reductions. For instance, I don’t know how low Equinox’s price would have to be for me to bite on it, but I am certain nobody is going to even entertain the idea of buying her for 67,000. Some of the others, like Emily Luna and the Audrey Paige, are good boats that need a good deal of work put into them. If they listed ten thousand dollars lower, they might garner some more interest. As it is, all these owners are paying thousands of dollars a year to store their boats and are seeing their assets depreciate by the day as mold grows and systems deteriorate.

I would venture to guess that the next boat to sell will be one of the Cabots. Maybe I will provide another update in another three or four months and find out.

2 Responses to The Yachtworld Market – What Happened to the Boats We Looked At?