We intented to leave Port Jefferson first thing, but when we turned on the engine, we smelled the faint odor of burning plastic. We checked the windlass solenoid, the batteries, the water pumps, and sniffed in the lazarette enough to make a dog jealous. After we unpacked the inflatable dingy parts from the lazarette, we decided to get going, and deal with the ramifications later. We hoped not to need a TowBoatUS rescue but we had just signed up for their gold coverage just in case 🙂 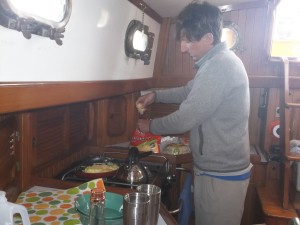 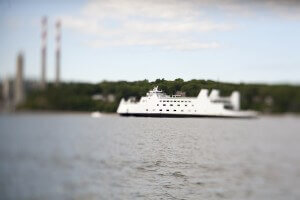 Watching the ferry come in one last time at Port Jeff! (enlarge for better view) 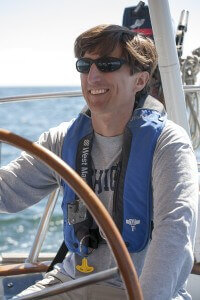 Jeff at the helm

Out of Port Jeff, we had to deal with winds that were almost dead on the nose and fluky waves that came from multiple directions. In order to fill the sails, we had to head off course to the north, making our total passage about 25 miles rather than the 14 we would have traveled had we been able to sail point to point rather than tacking. 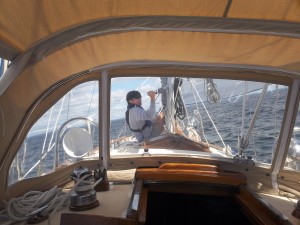 Putting up the sails 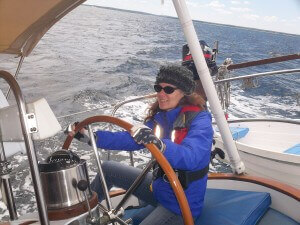 Heeled over a bit with Margaret at the helm!

At one point we were heeled so far that the toe rail was dipping into the water and things stored in the salon were crashing around. Charts and camera equipment went flying to the cabin sole and books pushed hard against the safety block on the shelf.

Playing with the new lens underway

When it became apparent that our leisurely day sail was going to take us much longer than expected, we took down the sails and motored our way into Northport Bay. Along the way, I geeked out with a new lens I got before we left for the trip. Click on the pictures and view them enlarged to check out the selective focus. 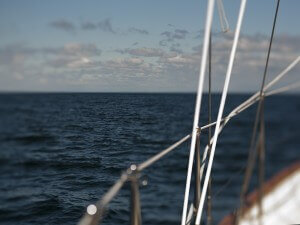 Nothing but water and beautiful skies! 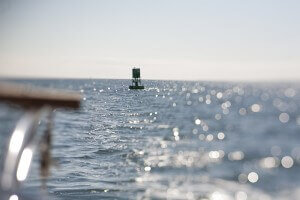 When we dropped the hook and hunkered down for the night, I decided to try to fix our “broken” oven. While the stove top was working fine, the surveyor could not get the oven lit, and it became one of the items on our two page list of projects to tackle this year. 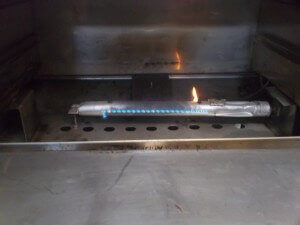 After some stealthy internet searching, I found out how to clean the thermocoupler and how to ignite the pilot light. Within a few minutes, our oven was preheating and I was preparing the fixin’s for nachos! 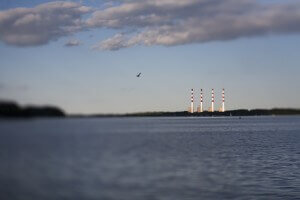 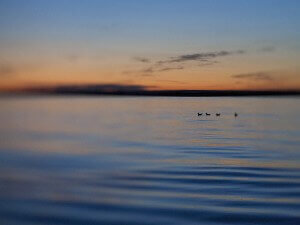 Birds at sunset part one (enlarge for better view) 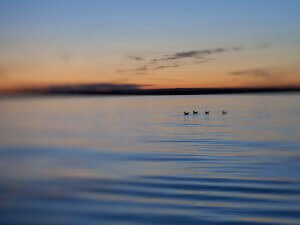 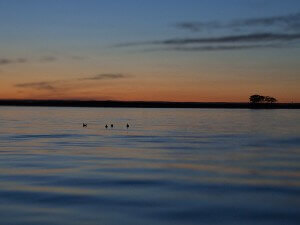