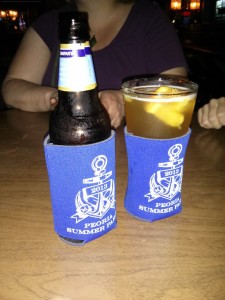 While we knew we would not be in Peoria for the summer, we also knew that we did not want to let the PSP tradition die. So, we decided to rent a house in Annapolis and invite our friends to join us for our annual weekend of debauchery. We found a great place on VRBO.com that would accommodate all of our guests and was conveniently located two blocks from Spa Creek, where we planned to grab a mooring ball for a couple of weeks. Our guests could even hop on a water taxi to get out to S/V Bear or over to downtown Annapolis. 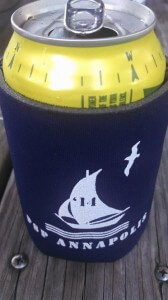 On the Thursday afternoon after Jeff’s parents left our guests began to arrive. Our plans for the weekend included a day of sailing, Lawn Game Olympics, Bloody Mary and Mimosa Brunch, and, of course, an Annapolis Scavenger Hunt. As people arrived and got settled in the house, we ferried people out to the boat for cocktails and snacks. We spent the day getting comfortable in the house, shopping for groceries and booze (and an anchor), and introducing our guests to the general lay of the land. Within a 4 block walk of the house was the Boatyard Bar and Grill, O’Leary’s Bar, and the Chart House. There was also a nice nautical decor shop directly across the street, which was fun to peruse. 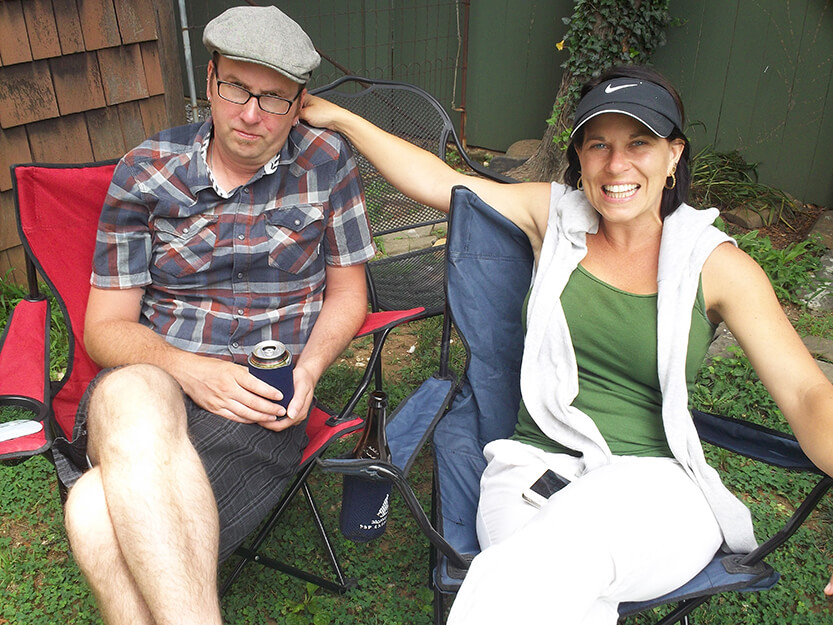 Just before the party got hopping on the boat, I jumped in the dingy and drove over to a cute Nordic Tug that was moored next to us. I was eager to meet the two ladies on board and see if they would be interested in participating in the Female Mariners Project. Rebecca and Trina were instantly welcoming and eager to chat about their boating experiences and I knew that they would get along great with our friends at the party, so I invited them to stop over to the boat for a drink later.

We had a fun evening on the boat with our old and new friends, giving tours of the cabin, explaining how we cooked, showered, stored our food and clothes, and the delicacies of a pump out. We enjoyed a great sunset on the water and partied until close to midnight. A few of us even dared to venture to Pussers for a nightcap, which was not a place to be for us “older folks”, as we determined that the median age of the crowd was 24.

The next day we met everyone as the house and made breakfast before packing up the coolers and taking Bear out for a sail. The winds were light and the seas were calm, so we motored out of the congestion of Spa Creek, through Annapolis Roads, and out toward Kent Island. When we were far away from the shipping lanes and any other boats, we took turns jumping overboard and floating in the lovely warm water. It was a refreshing yet exhilarating swim, as we did not drop the hook, but instead just kept our eye on Bear as she floated gingerly along. 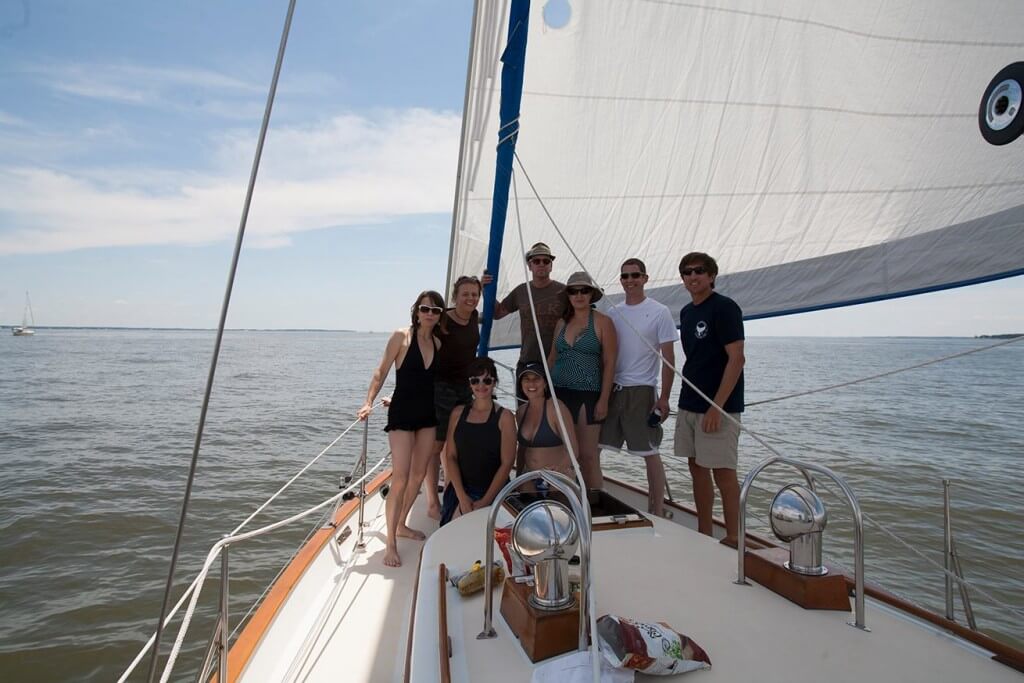 Once back at the house, we fired up the grill, and feasted on burgers, nachos, and a whole lot of junk food, while drawing up the brackets for the Lawn Game Olympics. Sure to be a serious showdown, the contenders started stretching and warming up, determined to find the proper balance of athleticism, tipsiness, and tenacity for the challenge. 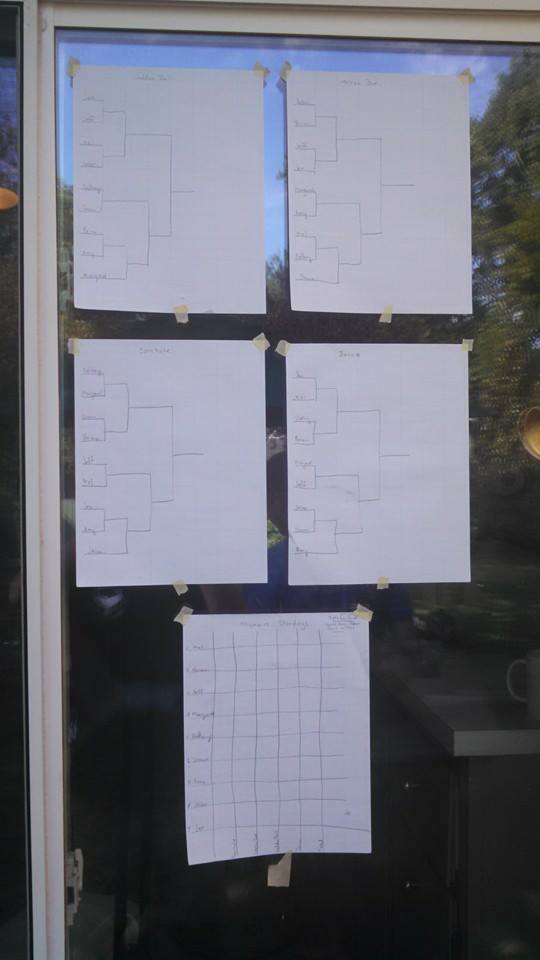 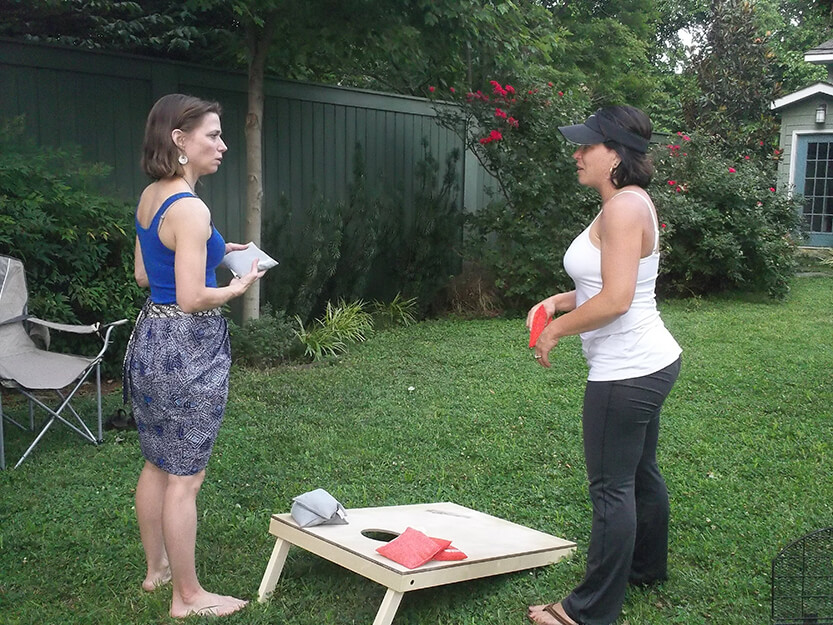 Jenny and Amy deciding the “house rules” for bags 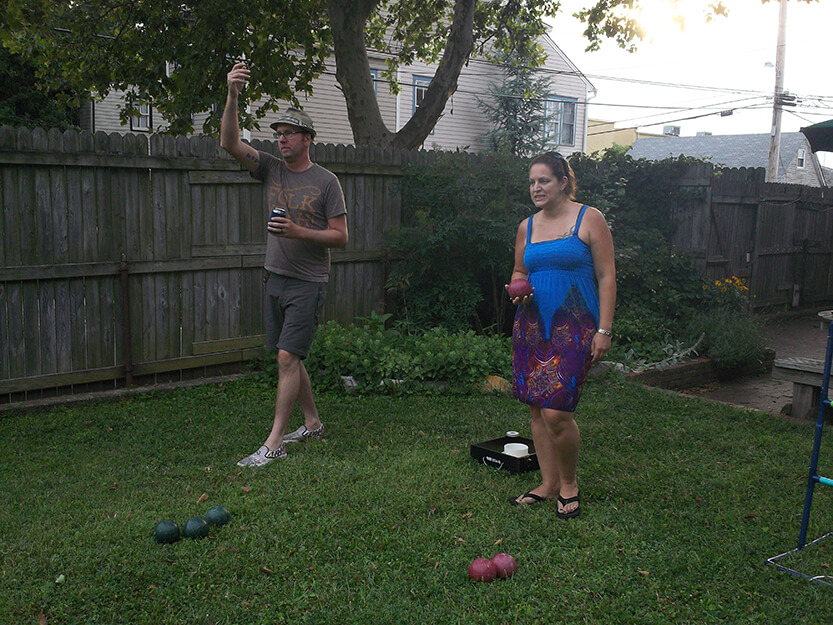 Jason and Shawn traverse the washers course with their bocce game

Amy and Jen during the heat of the game Jen hoping for a little help from her opponent 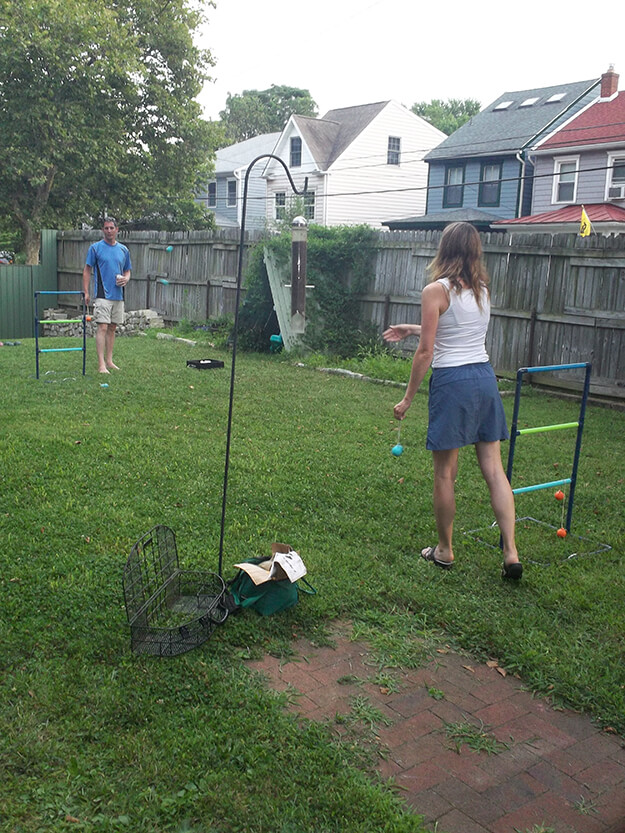 Brian and Margaret battle to the end at Ladder Ball 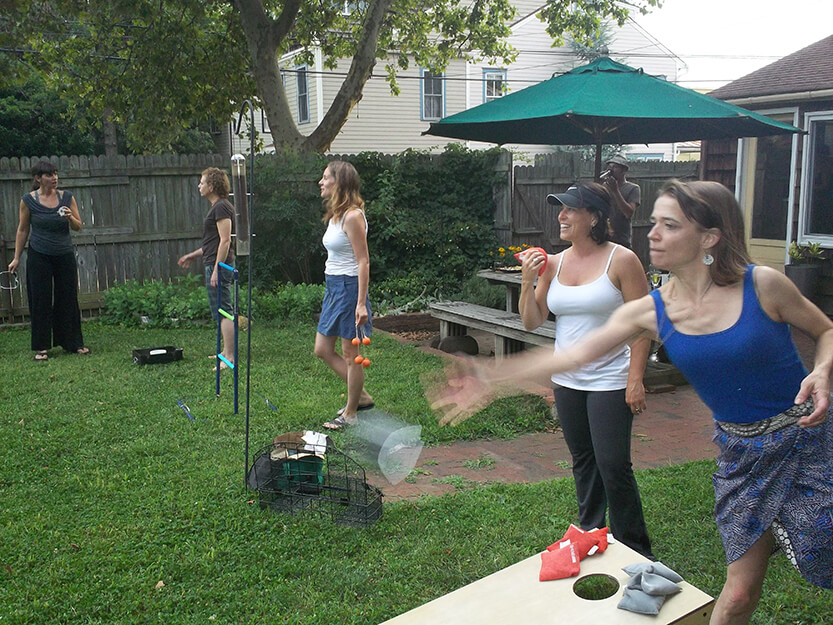 All the games going at once – Washer Box, Ladder Ball, Bags, and Bocce! 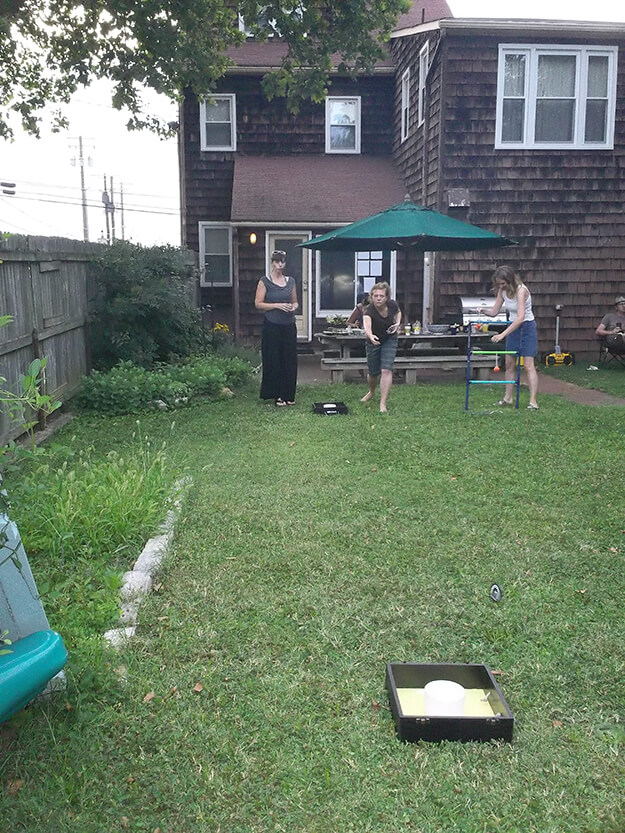 Melanie tossing a washer for the win 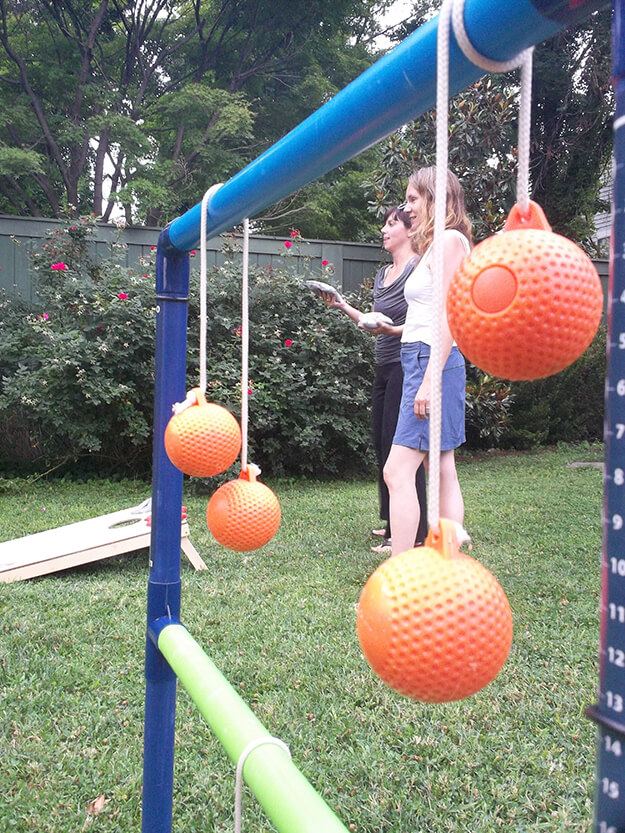 Bethany and Margaret – where are your cocktails? Jen and Brian dueling it out for bocce champion 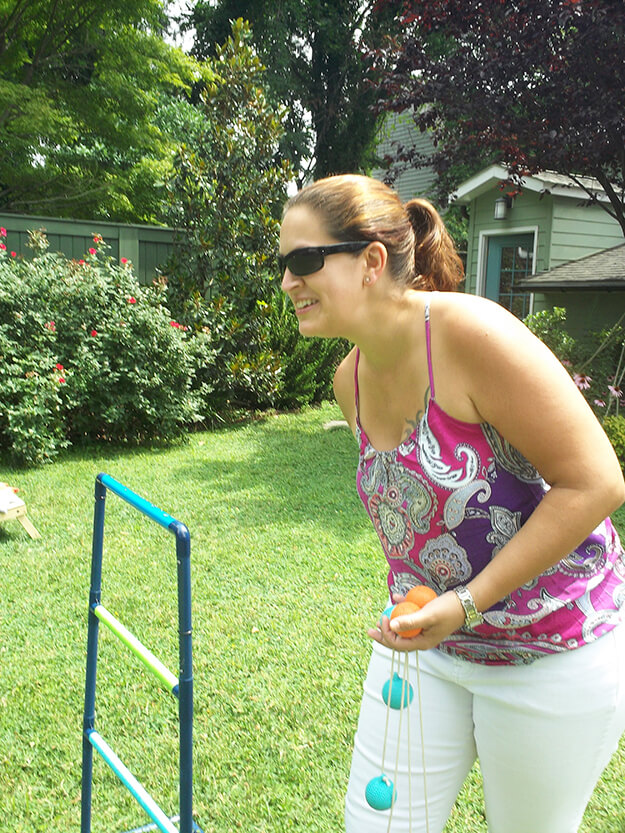 When the sun set and we lost the light needed to safely continue to throw blunt, heavy objects, we retreated inside, to the large upstairs living room for more snacks, drinks, and a couple of hands of Cards Against Humanity. But not before Jason and Amy showed us some of their “banana” dance moves. 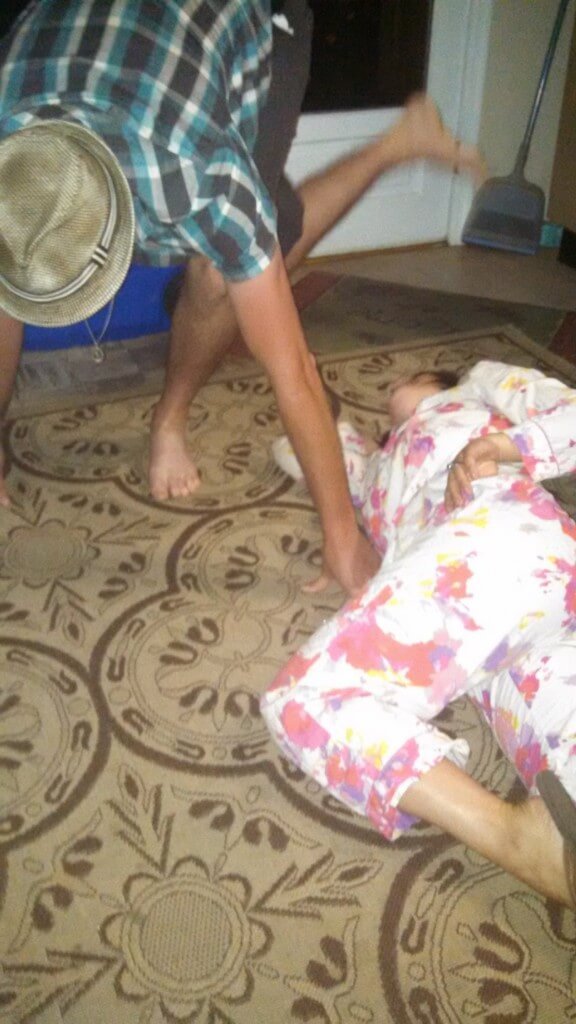 We cannot recall exactly what prompted these moves, but we appreciate the banana dance nonetheless. 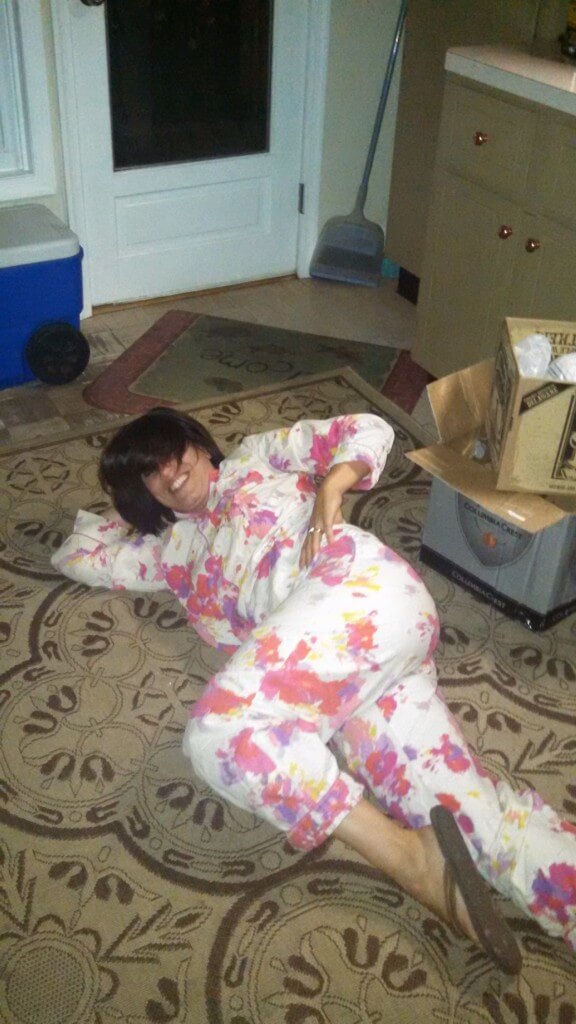 Floral PJ’s are a requirement for perfect banana dance form Card Against Humanity – this game is funny the first time you play it – but is made even more fun when played while eating awesome cheese! Shawn getting crazy during CAH

Sometime way beyond cruisers’ midnight (9 pm) we headed back out to Bear for the evening, to get a good nights sleep in anticipation of the Scavenger Hunt the next day.

Jeff and I enjoy putting together the Scavenger Hunt each year. We usually begin a few months ahead of time, brainstorming questions on cross country journeys, and then releasing clues to the invitees the week before the event. The next time you are in Annapolis we challenge you to see the city via our Hunt! You might end up a bit tipsy, but you will also know the city inside and out! Click on the link below to download the clues: The Scavenger Hunt winners by a landslide! And Brian won the Lawn Game Olympics, too! Next year, we might have to spike their drinks 🙂 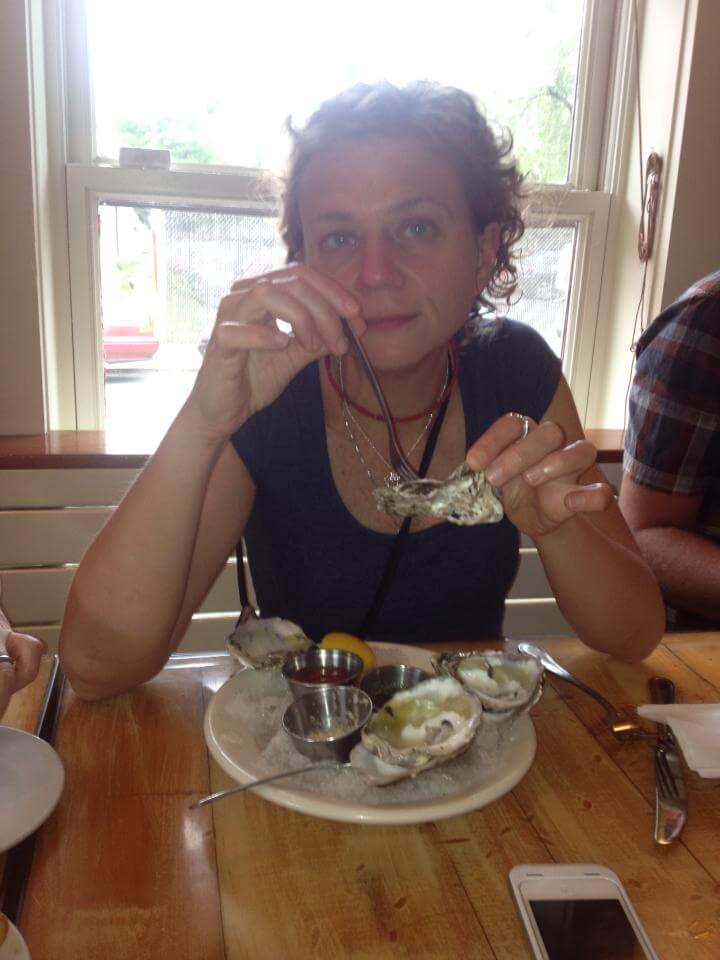 Mel delighting in some of the local fare 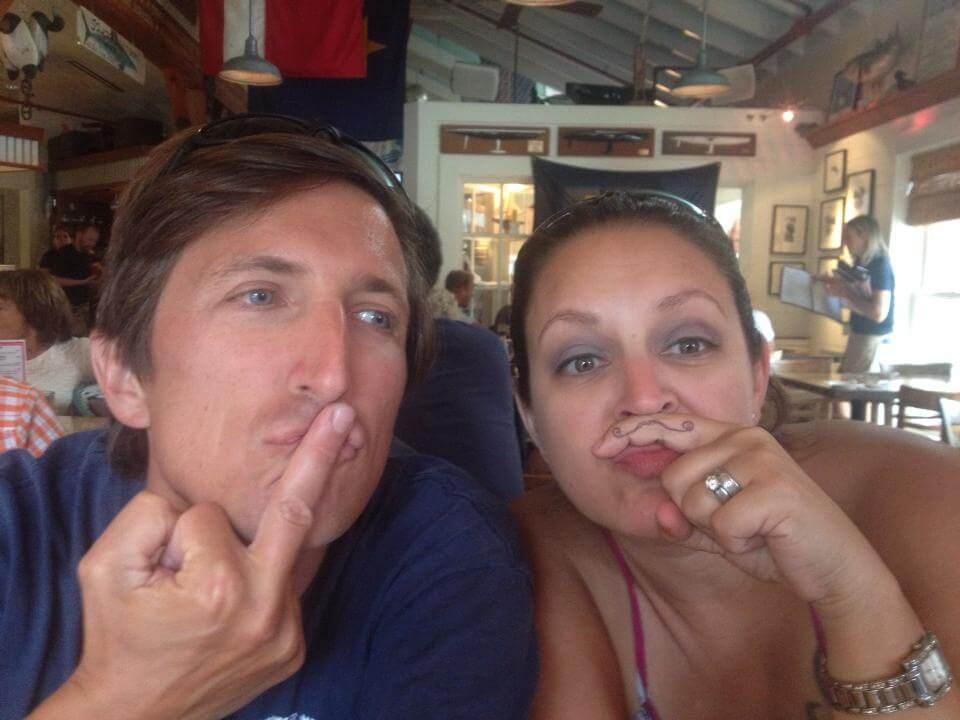 As you can see, we had a great time at PSP ’14! Thanks to all our friends who drove in for the festivities. We are currently in the planning stage for PSP ’15, and are open to suggestions for locations. Please leave us a comment below to vote for your favorite East Coast city!

The last night on the boat with the PSP crew. Despite our topsides getting covered in cheese and melted chocolate, we would have this crew back anytime!

One Response to PSP ’14 – Annapolis/Eastport