Our Plans for the End of the Summer and Winter

Folks who have talked to us about our sailing plans over the past couple months know that we have been debating taking Bear south for the winter. In fact, we even discussed doing so the previous year. Of course, we left her on the hard in Rock Hall last winter and came to regret it while we were spending a lovely five weeks in Florida over the new year that we knew could have been even more exciting over in the Bahamas.

As this summer wore on, Margaret and I became more and more convinced that we were going to spend December and January somewhere south. Our original plan along these lines had us taking the boat back to Rock Hall at the end of the summer and hauling her out for a couple months. Waiting until the tail end of hurricane season when the weather was a little cooler to bring her south seemed like a sensible plan, and we wanted to spend more time together during what can be nice fall weather in Peoria. However, we started thinking that perhaps we should skip Rock Hall altogether, reducing the time Margaret and I spent apart in the fall. Along those lines, we started hatching a plan that would have Margaret head back to work in the middle of August and me, along with a friend or two, sail the boat down to Florida and haul out there until early December. And we started entertaining some other options – beyond the Exumas – for where we could go, including Cuba. 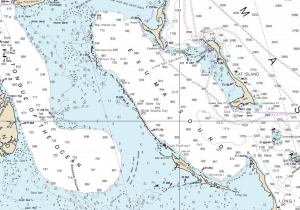 We have spent a few evenings poring over the charts to the Exumas, making plans.

In just the last week, we finally stopped just talking and dreaming and started to actually research and calculate the costs of the different plans, consider the work that needed to be done to Bear, and think about how the schedule would actually work out. While sitting at Zelda’s Bar in Newport, we tallied everything up. Rather quickly and unanimously, we decided that we were going to put off our southern plans for another year. Our decision had a lot to do with cost, but time and preparation also played a role in our choice.

When it came down to it, bringing the boat south, however we did it, was going to cost us about 9000 dollars compared to around 3500 keeping her in the Chesapeake over the winter. While we could have swung it financially, that would have left little money for some of the updates and basic maintenance we want to do to Bear over the winter. On top of that, we knew we had a few boat projects that absolutely had to be done before we went outside the US and, for that matter, South. For instance, our Y-valve is firmly stuck in the position leading to the holding tank. If we were going to cruise outside the US, we knew we needed to get that operational, which will mean replacing the Y-valve and, while we are at, changing out all our sanitation hose. Though this job is not too time-consuming or expensive in itself, there were a couple of these types of things that, taken together, represented another week or two of work, more time apart, and, probably, a few thousand dollars.

The final aspect of our decision that swung us away from enjoying the winter aboard is that we have a really good set of options for Margaret’s break available to us. With family in Mississippi and Florida, we will inevitably spend the same time we would have been cruising the Bahamas in warm sunshine with most of it a stone’s throw from the water. Moreover, we plan on doing some sailing while we are down south over break, just on a dinghy instead of Bear. There are several places we have found around Florida that rent 420s and other two-person dinghies. With Margaret eager to really learn to sail, we plan on spending a week near one of those spots, getting out on the water for several hours each day. In addition, Margaret may take a multi-day class aboard a bigger boat to get more experience without me.

In the end, the additional costs of heading south made our decision sensible, while the opportunity to spend time with family and friends while getting in some sailing made our choice easy. So Bear will hibernate for another winter.