In early June, we left Cuttyhunk and continued on to Martha’s Vineyard, anchoring in Lagoon Pond on the inside of Vineyard Haven. We had never been to the Vineyard before, but had heard about how bumpy it could be in the Vineyard Haven anchorage outside the breakwater. So, we decided to give Lagoon Pond a try. We came in and out of the bridge with some current flowing, anchored up between some moorings along Cedar Neck, and stayed for nearly a week. 
Lagoon Pond ended up being a bit of a mixed bag… We anchored amongst the moorings in the 15 and 16 foot area along the edge of Cedar Neck. The dinghy dock is marked “ramp” at the top. 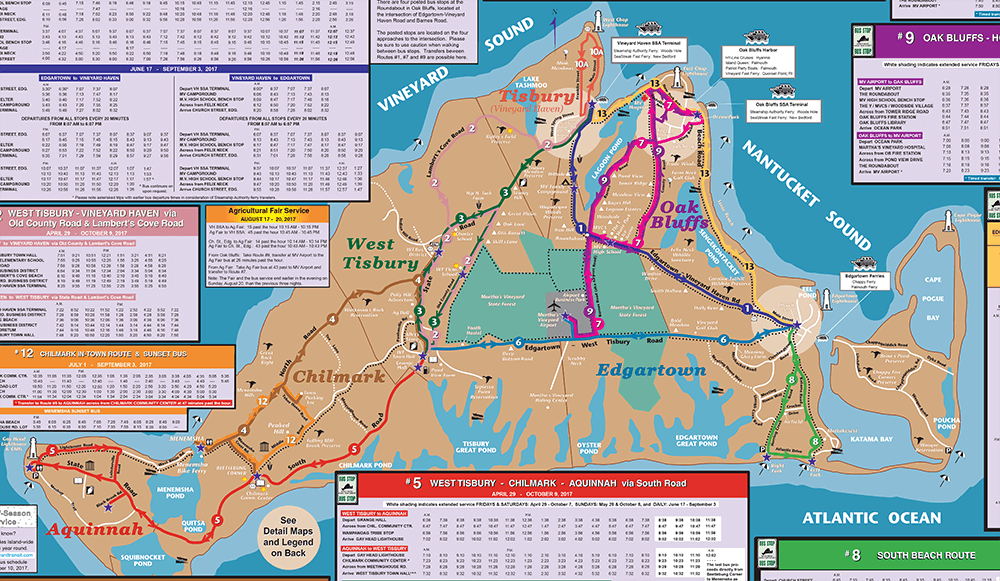 The route map for the Vineyard. This is available on the Transit Authority’s website as well as a pamphlet on any bus, at the Steamship Authority, and other places on the island.

Other useful information and contacts:

One Response to A Cruising Guide to Lagoon Pond, Martha’s Vineyard