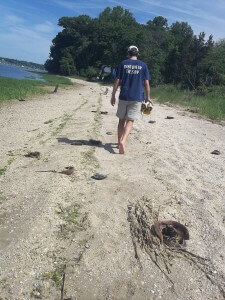 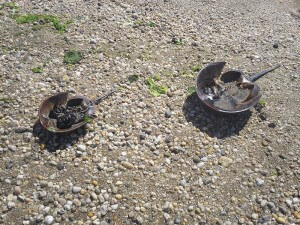 We are not sure what caused their demise but their prehistoric-looking remains dotted the beach, creating a pseudo-mine field. 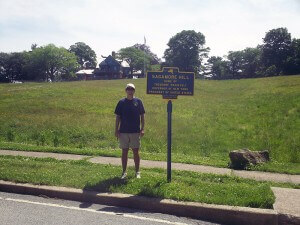 Our goal for the day was to visit Sagamore Hill, Theodore Roosevelt’s summer home. 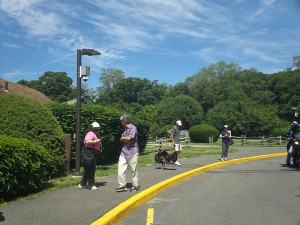 Tourists being chased by turkey’s 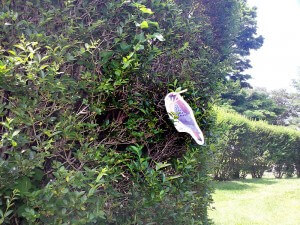 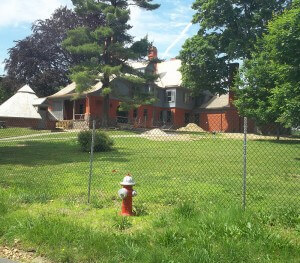 Unfortunately, the house was closed for renovation, but we were able to walk around the grounds, and see his son’s house/museum. 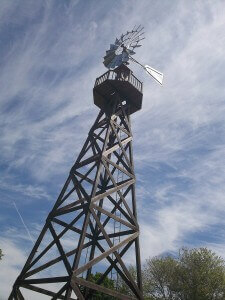 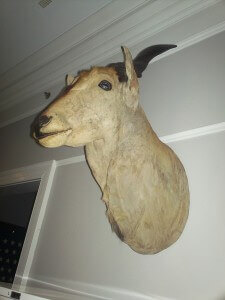 One of the many trophies collected by the Roosevelt family. I think he is giving me the stink eye! 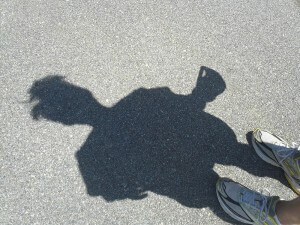 Jeff and I had not had a proper shower in a few days. This shadow represents the awesomeness that was happening with his hair. Back on the boat, we noticed that our French neighbors were outside showering on their swim platform. This is Jeff’s first attempt to photograph them through the port. 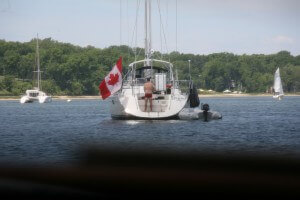 This is his second attempt with the 70-200 mm lens. Notice the shower attire. (You may want to click on this image to get the full effect) Bear, on the edge of the anchorage. Oyster Bay is home to Oakcliff Sailing Center, a training facility for US competitive sailors. You will probably run into a few of these salty fellows if you visit Jack Halyard’s where the walls of the bar are adorned with their medals and burgees. Bear, at anchor, in Oyster Bay.