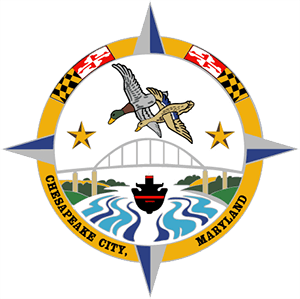 We spent a restful night aboard Bear after the long haul from Cape May to Chesapeake City. The next morning, we were eager to get ashore and explore the town, formally known as the Village of Bohemia. In 1839, this area flourished when the Chesapeake and Delaware Canal (C&D Canal) was constructed and has since grown to a whopping population of 673. The town is split by the canal, which is spanned by a tall bridge that allows supertankers to pass beneath. See our previous post on the transit from Cape May to view photographs of a supertanker passing beneath the bridge.

We tied up our dingy at the public dock and took a quick stroll through town looking for a coffee shop or library. Though we did not come across either place at which we hoped to find internet access, we did check out the J.M. Reed General Merchandise, which was built in 1861. The first floor has always been a store, which, in the 19th century, stocked goods shipped in from Baltimore and Philadelphia. The top floor functioned for many years as a school, run by Frank Williams, a respected teacher who eventually became a state senator. 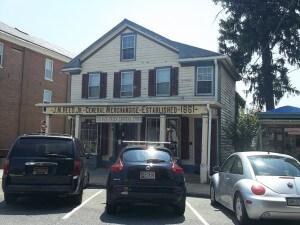 One of the most disturbing window displays in town included this elf-santa-nature-fairy-lady who houses a village in her/his skirt. 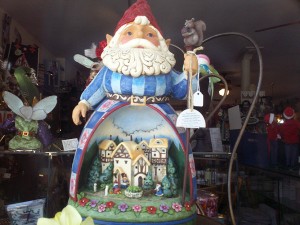 Much of the town has been renovated in recent years to capture the original charm of this 19th-century canal town, though many of the single family homes have been converted to bed and breakfasts and inns, to support and encourage local tourism. 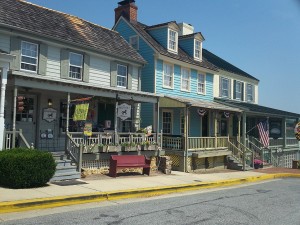 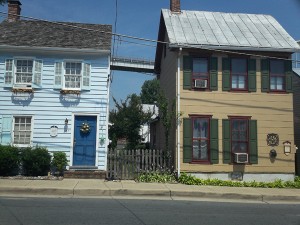 This precious cat was curled up in a sunlit window of the local photography studio. It made me miss Her Majesty Meow Meow Kitty Meow. This was a very unsatisfying pet for both of us. 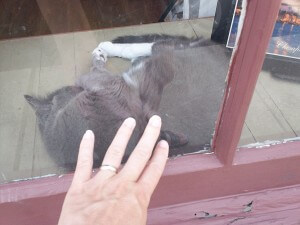 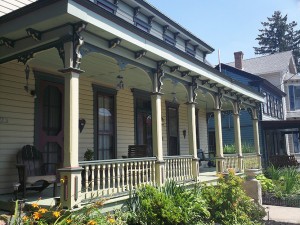 While meandering through town, we were invited into City Hall to check out an exhibition of works by local artists. We took this opportunity to ask for directions to the library and to take a seat on the town board. Behind Jeff is the really well designed seal of the town. 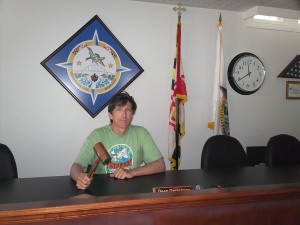 After getting some work done at the library, which is about a mile and a half outside of town, we headed to the Chesapeake Inn and Restaurant on the water, to get some food and watch the U.S. vs. Belgium World Cup match. 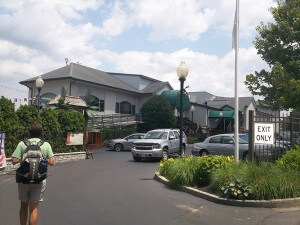 The Inn has a great Tiki Bar and ice cream stand, as well as a full bar/resturant, all of which overlook the harbor. We choose to sit inside to escape the heat and get a good view of the match. 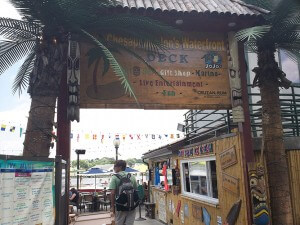 As the minutes slowly turned to hours, and overtime painfully drew to a close, we packed up our things, and returned to Bear, where we pulled up the anchor for what would turn out to be a very dark first trip into Chesapeake Bay. One Response to Chesapeake City