Attack of the Midges

After a long day heading from Norfolk through the Virginia Cut – with a wonderful stop at Coinjock Marina for dinner – we anchored in the North River, just north of Buck Island. We dropped the hook in the charted seven foot depths outside the channel between markers “149” and “151,” and had no problem setting in the muddy bottom. As the sun quickly set over Backlanding Creek to the west, we enjoyed a few beers in the cockpit. By the time the orb was below the horizon, bugs were buzzing about, and we retreated into the cabin. Fortunately, we had already anticipated having some problems with mosquitoes, so we had put in the screens in the companionway. 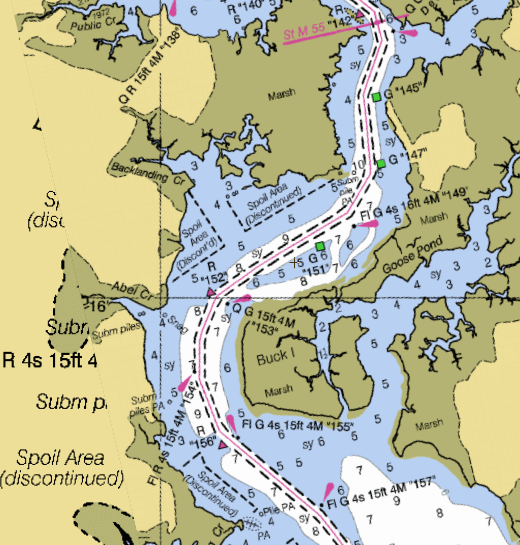 After another drink below, Tim and I both decided to get to bed early. Going above to drain the personal holding tank one last time, I could hear and feel hundreds of bugs around me. To my surprise, they did not bite, and their numbers significantly diminished once I had moved out from underneath the bimini and dodger. Coming back inside, I was again assaulted by them, though, and let a couple in despite my best efforts when I opened the companionway. Still, the whole situation did not alarm us too much; we were just thankful we had already secured the screens. 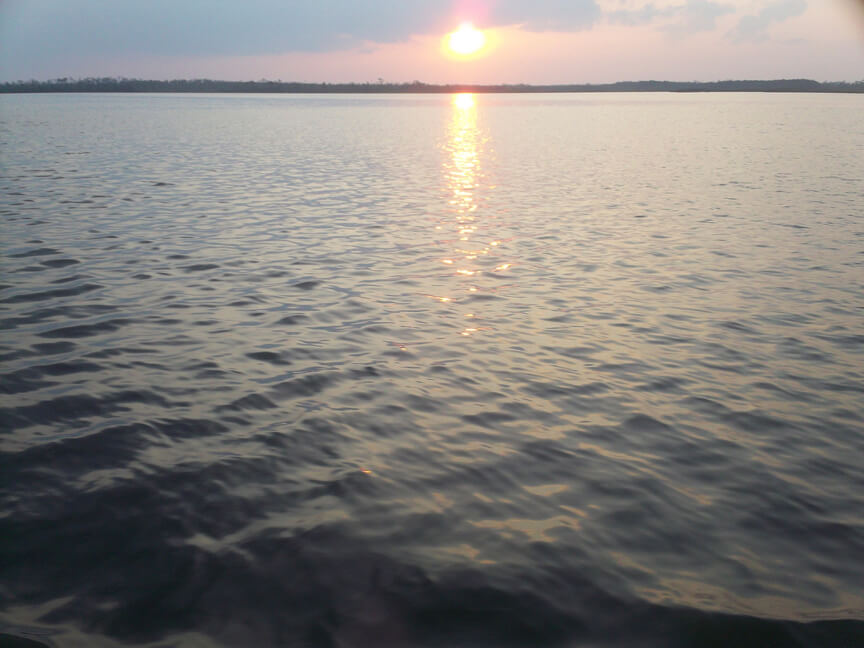 A pleasant sunset on the North River, before the midges swarmed

In the morning, we woke up to a veritable bedlam of buzzing. Looking out the companionway confirmed that there were thousands, perhaps tens of thousands of midges everywhere around the cockpit. With few other options, we decided to get underway immediately, hoping that the movement of the boat and the accompanying airflow would scatter the bugs and leave them behind. 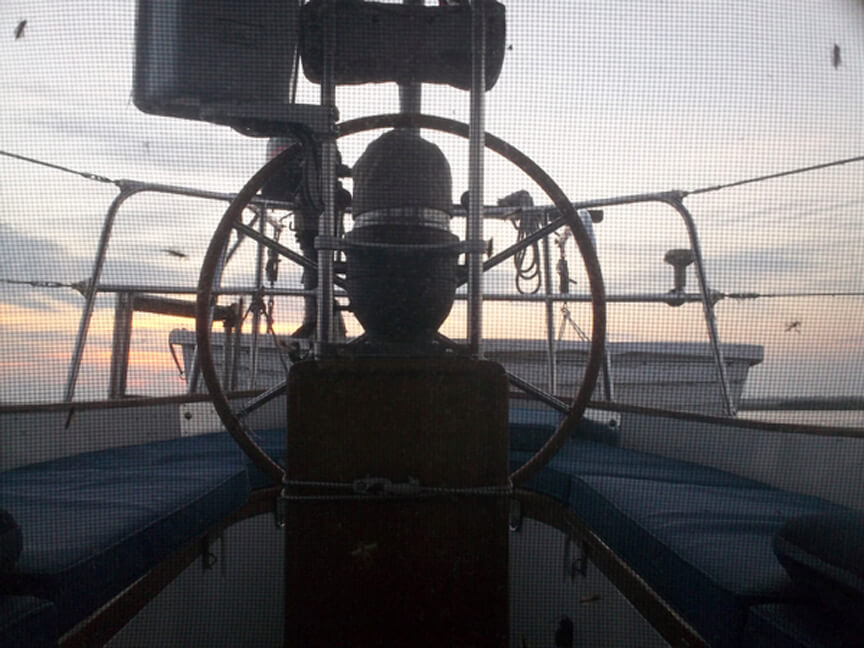 Feeling trapped by the army of midges outside

As soon as we had the anchor up and were heading down the North, it became apparent that this hatch of midges was not going anywhere without some serious encouragement on our part. Attempting to fan them away, the bugs would barely move before settling back into the boat. It was awful; though they did not bite or even swarm around us, they coated every square inch of surface inside the cockpit, our dinghy, and, though their numbers were reduced outside those two locations, most of the rest of the boat. With thousands of them about, it was useless to try to kill them. Moreover, squashing the bugs left a nasty brown and green mark. 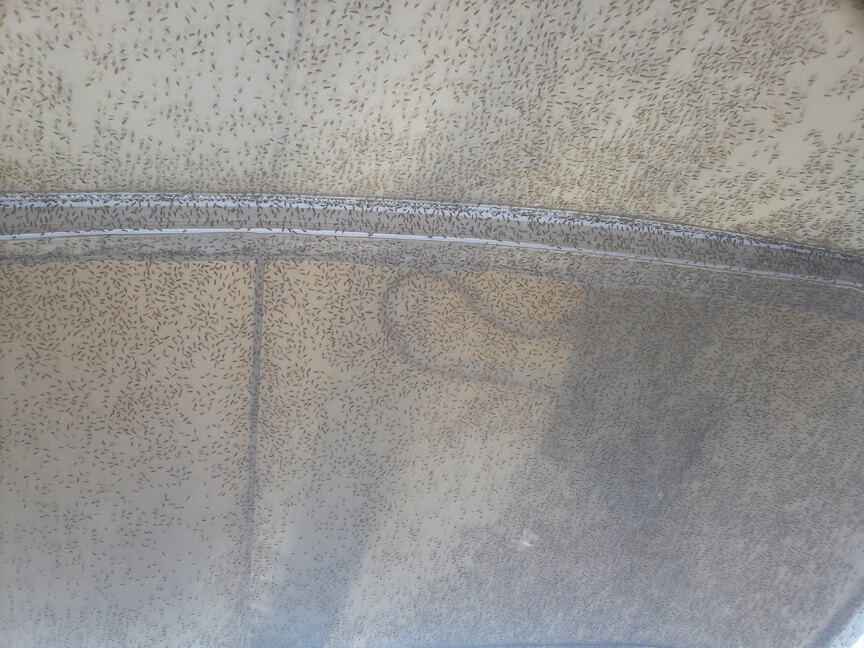 I still don’t think this does the numbers justice, but you get the idea from this swatch of our bimini

Eventually, we hit on two techniques that worked moderately well. Like Mayflies, these bugs seemed like they had just hatched and were not going to be living for more than a day or two. In fact, by mid-morning, many of them were already getting quite lethargic, unwilling to move as we swatted and fanned them. Aggressively fanning the bugs with a magazine or anything else, would cause them to lose their grip on the surface and, as their energy faded, they would be blown away with the wind. Our other strategy involved sucking them up with our small 12 volt Dustbuster vacuum. This was effective, but slow both because the vacuum was not all that powerful and because we needed to empty it over the side every few minutes. Had we had a Shop-Vac on board, we probably could have made quick work of them.

Struggling to rid the boat of them all day while crossing the Abermarle Sound and proceeding up the Alligator River, we slowly made progress. By the time we had the hook down at the entrance to the Alligator-Pungo Canal in the afternoon, we had largely cleared the boat of the dastardly midges. A full boat scrub eliminated the last of the bugs and also much of the green stains they left behind.

Margaret and I had encountered a hatch of what looked and acted like these very same midges during our first night on the Sassafras River in the northern Chesapeake. However, the hatch that Tim and I woke up to was near a hundred-fold larger than that earlier one. Unfortunately, I do no think there is anything that a boater can do to avoid these annoying little guys. And, besides having a Shop-Vac at the ready, I think the only easier method for removing them might have been starting the day off with a good scrub of the boat. 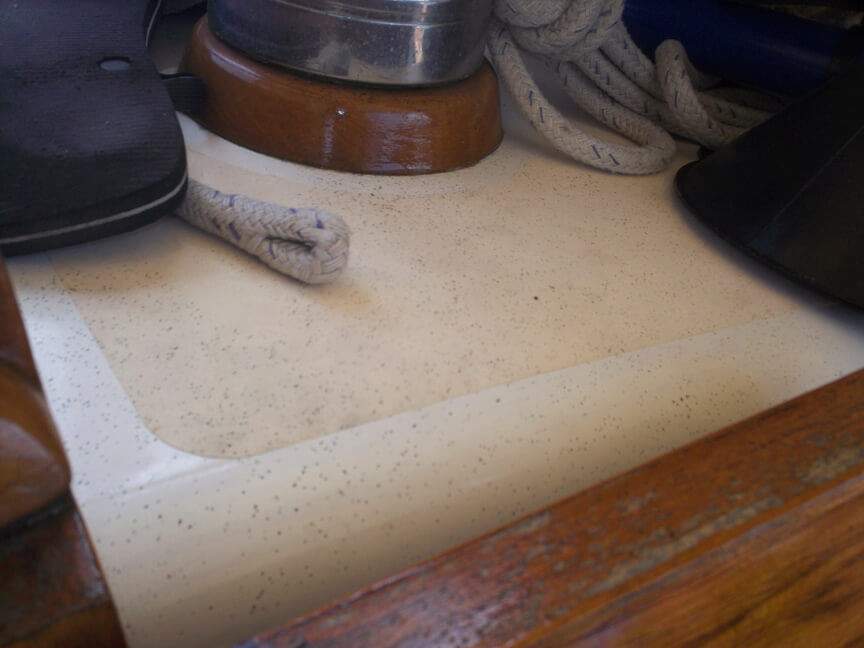 Needless to say, I am not looking forward to our next encounter with these guys. If anyone has any information about exactly what these insects are and how to better deal with them, please hit us up in the comments.

3 Responses to Attack of the Midges