The Best Sailing and Cruising Books of 2014

If you are into such things, this is the time of year when all the “best of the year” lists come out. I always pay attention to the ones listing books, looking for interesting or important works that I may have overlooked during the year. As I was doing so over the past couple days, I decided I might as well put together our own list of the finest sailing and cruising writing of 2014 since I have never come across such a thing. So, here they are, the best of the year and a few late 2013 additions…

Susan Scott, Call Me Captain: A Memoir of a Woman at Sea

When Susan Scott’s seemingly perfect marriage began to fall apart, this marine biologist ran away from it all by refitting the family’s boat and setting sail. Making her way to the Palmyra Atoll, where she would volunteer as a biologist, Scott reveled in the beauty of the ocean and the animals that live within it. Without her husband who typically captained the vessel, Scott learned to take command of the boat and solve the many emergencies that arise at sea on her own. As the ocean offered Scott the perspective to realize her marriage was important to her and the strength to put it back together, she and her husband rekindled their romance by satellite phone. While the book is filled with all the self-discovery and revelatory experiences of a typical cruising narrative, it is also well written with the perspective of a scientist studying the ocean as well as her own life.

Herb McCormick, As Long as It’s Fun, the Epic Voyages and Extraordinary Times of Lin and Larry Pardey

Though much of this double biography is familiar to those who have read all of Lin and Larry Pardey’s books, As Long As It’s Fun spins the story of the couple’s life together in such a commendable fashion that it enlivens and enriches the old narrative. And for those who have not consumed all the Seraffyn books and the how-to works such as Care and Feeding

and the Self Sufficient Sailor

, there is a lot of new information on one of the first couples of cruising. 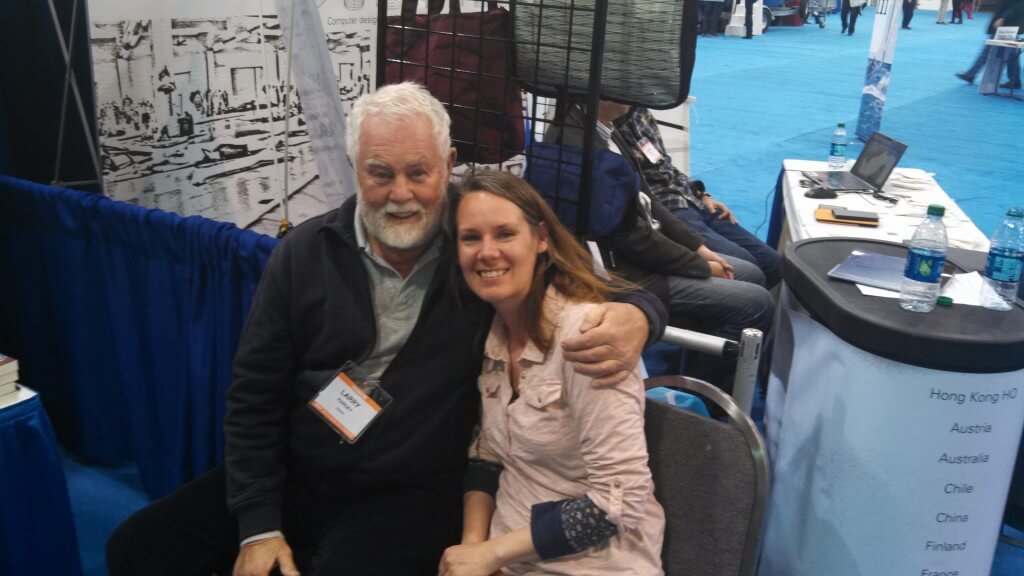 Larry Pardey and Margaret at the 2014 Chicago Strictly Sail

of the quest to solve the problem of longitude and enable sailors to find their location at sea, Longitude, rightly found a massive audience amongst sailors as well as the public at large. Now, the National Maritime Museum in Britain, marking the three hundredth anniversary of the discovery of a method for finding longitude, has put together an award-winning exhibition of the struggle for longitude and its place within the history of navigation. Put together by the curators, Finding Longitude is the coffee table catalog of that exhibition. This beautiful book contains more than 150 images of historic navigational devices and maritime charts, providing a visual accompaniment to both the exhibition and Sobel’s story, as well as to the history of navigation more generally. 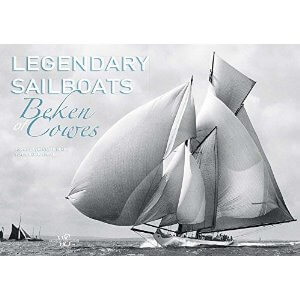 All I needed to do was look at the glorious schooner under full sail on the cover of this large hardcover book to become entranced. Inside are more incredible photographs from the legendary family who essentially founded marine photography in the late nineteenth century and have continued to lead the field since then. In addition to the resplendent images are short essays on the yachts and races pictured, which provide the context to fully appreciate the photographs. At only forty dollars or so, every sailor can afford to have this on their coffee table, unlike the similarly splendid, but extraordinarily expensive, compendium of the Beken of Cowes work, Beken of Cowes: The Art of Sailing

Though built around his participation in the 2009 Oldest Singlehanded Transatlantic Race (OSTAR), this book is far more than just a race narrative, just as Bourke is far removed from your average ocean racer. Though having dreamt of sailing his entire life, it was not until his wife’s sudden death thrust him into single parenthood that Bourke purchased a boat and began to learn to sail. It is this story of coming to terms with loss, emotionally and financially providing for his children, and crafting a new life for himself that Bourke weaves into the typical, yet no less gripping, tale of struggling to deal with weather and equipment failures in the OSTAR.

Of course, this book originally came out some thirty-five years ago. But, as most are probably aware, Lin Pardey’s publishing company is bringing forth an anniversary edition, to be published this December 15th, just in time for the holiday season. For those who have not already laughed at and learned from Payson’s stories of sailing the South Pacific with his wife and their motley assemblage of children, this new edition offers the opportunity. This edition also includes a new preface by Pardey and some additional reflections from Payson about the effects cruising had on his relationship with his wife and the lives of their children, which might make picking up the 2014 version worthwhile for anyone.

Michael Tougias, Rescue of the Bounty: Disaster and Survival in Superstorm Sandy 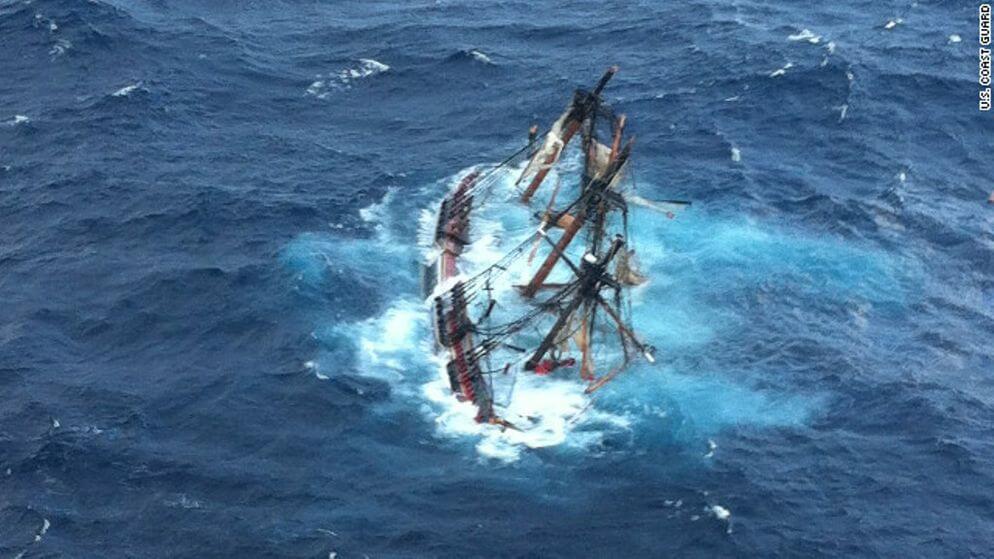 This year, there has been no shortage of books analyzing the sinking of the tall ship Bounty and detailing the destruction of Hurricane Sandy (see Freeman’s The Gathering Wind

). But from a sailor’s perspective, the best comes from the hand of Michael Tougias, who brings his intimate knowledge of disaster and survival at sea (Finest Hours

, and Ten Hours Until Dawn

, to name a few of his other works) to bear, examining the experience of Bounty’s captain and crew, how and why the ship went to sea in the face of the storm, and exactly what led to its foundering. As would be expected, Tougias also provides a well-written account of the heroism and tragedy of the crews’ rescue. Though Touglas does not overtly assign blame, he gives readers all the information they need to draw their own conclusions.

I have to admit, I am a bit of a Kretschmer groupie. I have seen him deliver multiple boat show seminars, read all his books, and even searched out clips of him sailing on YouTube. However, I take comfort in the fact that I am not the only one devouring his every word. With over three hundred thousand ocean miles and an easy-going yet serious approach to sailing, Kretschmer commands the respect and admiration of many a sailor and directly mentors dozens of cruisers every year through his workshops and training passages. His previous books run the gamut from tales of epic voyages (Cape Horn to Starboard

), all written in his casual yet gripping manner, which does not so much belie as reinforce his expertise. But, in many ways, Sailing a Serious Ocean is his best work to date, combining, as it does, the adventure, instruction, and solid writing of his earlier works while focusing on what it takes to safely bring a boat and crew across the Atlantic.

Julian Guthrie, The Billionaire and the Mechanic: How Larry Ellison and a Car Mechanic Teamed up to Win Sailing’s Greatest Race, the Americas Cup, Twice

Many people who paid close attention to last year’s America’s Cup probably are already aware of this book about Larry Ellison, the head of Team Oracle and billionaire of the title, and the mechanic, Norbert Bajurin, the commodore of the Golden Gate Yacht Club. I first came across this book in a New York Times article at the time of the America’s Cup, which briefly told the story of how Bajurin convinced Ellison to allow the Golden Gate YC, which is right next door to the famed St. Francis YC, host the cup defense. Already intrigued by the Times article, I quickly tore through the book, finding it to be a well-told, fascinating tale that anyone who paid an ounce of attention to last years America’s Cup will enjoy.

In this novel, a father, his young daughter, and their dog set sail from their native Trinidad, through the Caribbean and on to the Galapagos, after a flood destroys their home and family. Along the way, the father and daughter seek peace and healing in the challenge and wonder of the natural world, coming to not so much rise above their earlier tragedy but accept it as a necessary part of who they have become. Roffey herself has made that trip by boat, explaining her deep understanding of the sea and the exactness of her technical descriptions. But the book is more than just a cruising narrative; it is a wonderful piece of fiction that made it onto many non-sailing related best books lists.